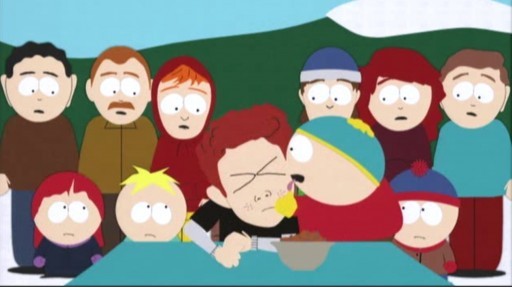 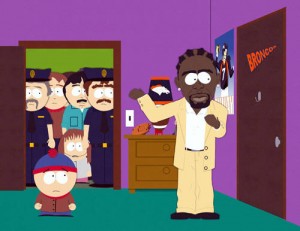 Stan is dubbed the reincarnation of L. Ron Hubbard by a local group of Scientologists, causing a chain of bizarre events, such as Tom Cruise and John Travolta locking themselves in Stan’s closet and R&B singer R. Kelly turning the whole affair into an urban opera. 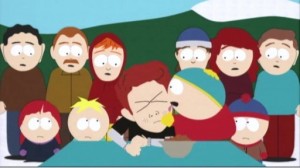 Cartman buys pubic hair from a ninth grader for ten dollars in order to become a man. When his friends tell him that he needs to grow his own to be a man, he demands his money back. Scott refuses and Cartman comes up with a sick and twisted plot for revenge. 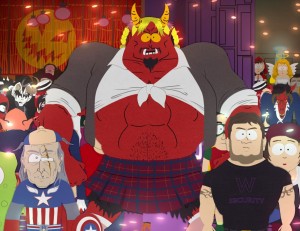 Satan throws a Halloween party, which turns into a parody of an episode of MTV’s My Super Sweet 16. Meanwhile, the boys summon Biggie Smalls through a Bloody Mary-type ritual. 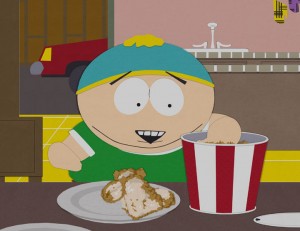 The kids of South Park retaliate against Cartman by ignoring him after he eats all the skin off of the chicken Kyle, Kenny and Stan were going to eat. Cartman is convinced that he’s dead and no one can hear or see him because he’s a ghost. With the help of Butters, (who is the only one that can “see” him) Cartman tries to payback his sins on earth, for he cannot go to the afterlife without doing so. 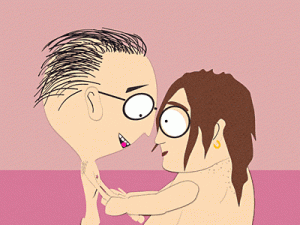 The school is forced to teach sex education to the students at a younger age after the boys are found “milking” dogs, leading to a gender war because of incompetent teaching methods. 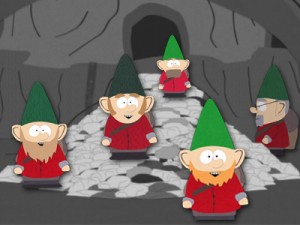 The boys are forced to write a current events paper to save Mr. Garrison’s job. Stan, Kyle, Cartman, and Kenny are grouped together with Tweek, a jittery child, who suggests that the presentation be on the “Underpants Gnomes”, tiny men who sneak into his house and steal his underwear. Meanwhile, a local cafe, ran by Tweek’s parents’, is being threatened by a big-time corporate coffee shop. 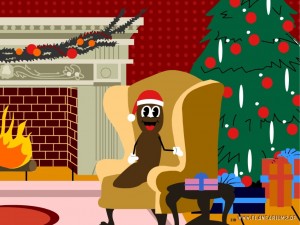 As a Jew, Kyle feels excluded from the rest of the town during Christmas and is comforted by Mr. Hankey, a talking, singing feces. Kyle’s mom protests the school’s Christmas play leading to the removal all religious aspects of Christmas from the entire town. 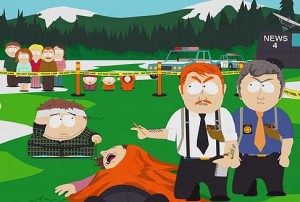 After Cartman jumps off a roof in an attempt to fly, he lands in a coma with a serious head injury. He wakes from his coma, with the cops convinced he has psychic powers. Cartman starts using his “powers” to get paid for catching a serial killer.

Chef returns to town after joining a group called The Super Adventure Club. However, when he begins to express an interest in molesting children, the boys suspect that the club has brainwashed him. 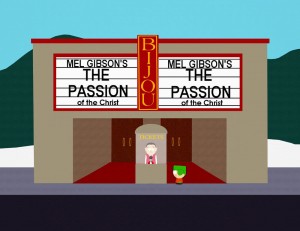 Kyle finally sees Mel Gibson’s The Passion of the Christ and decides Cartman’s anti-Semitic claims are true. Stan and Kenny also see the movie and hate it, prompting them to head to Malibu to retrieve their ticket money from Mel Gibson himself.