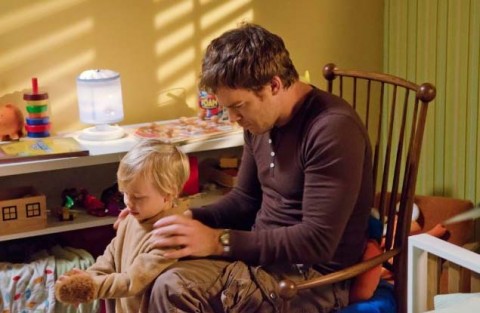 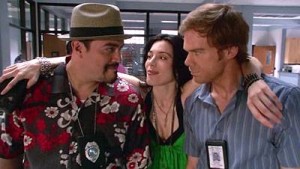 Lila has gone completely crazy, and Dexter realizes it won’t be easy to end thing. As the manhunt for the Bay Harbor Butcher intensifies, Dexter tries to stay ahead of the investigations. Finally, Sgt. James Doakes is named a suspect in the case. When the FBI got a warrant to search his car at the airport after he fled the country, they found a rosewood box full of blood slides hidden in his trunk. The night before, Doakes stole this box from Dexter’s apartment. The manhunt is on for Doakes, who is officially only “wanted for questioning”. 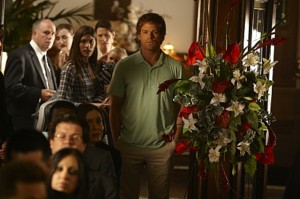 This season kicks off immediately where we left in Season 4, Dexter is holding Harrison all while covered in Rita’s blood. Dexter falls to his knees outside the house, and he repeatedly says, “It was me,” when they ask him what happened. We know he didn’t kill Rita, but we know he means that had she never met him, she’d still be alive. Dexter is forced to deal with emotions, and being the only parent to three kids in the aftermath of it all. 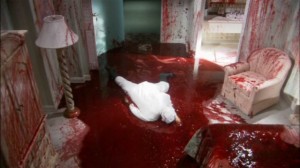 Dexter’s brother, Brian, has set up an elaborate crime scene in order to trigger Dexter’s memories from childhood. The visual of all that blood is so traumatizing, that Dexter actually passes out in the room. It’s the exact moment when Dexter remembers what happened to his mother, and how exactly he wound up as Harry’s foster son. 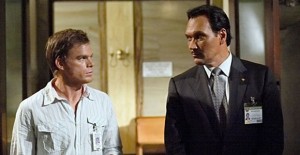 Dexter finds himself in a series of chess-like moves against his former friend, Miguel, all while hoping that he doesn’t get the upper hand on him. Debra is now back with Anton even after the close call with the Skinner. Deb wonders if her relationship with Anton is worth putting her career in jeopardy given that she is more comfortable being alone. 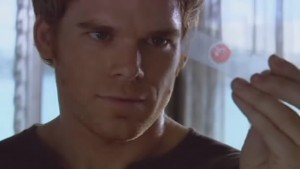 In the first episode of the series, we meet Dexter, an unusual character with a complex life. He has many roles: A forensics expert, brother, boyfriend, and serial killer. Viewers see the first view into his traumatizing childhood and see flashbacks of his redeemed childhood by his foster parents, mainly his foster father. We learn there is a new murder, named Ice Truck Killer. We all come to love Dexter, because he is extremely likable to everyone he meets, and although he is a killer, he only kills those who deserve to die. 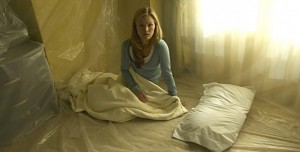 Trouble is an easy name when multiple serial killers are staying in the same hotel for a life coach seminar. Jordan’s bodyguard, Cole, spots Lumen and attempts to chase her through the hotel. The falling out from the aborted sting in the Santa Muerte homicides gets Debra in a bit of trouble and places Batista in a difficult situation as LaGuerta tries to shift the blame away from herself and onto Debra. Things tense up between Quinn and Liddy as Liddy begins to grow more obsessive and greedy.

Doakes and LaGuerta begin to suspect that Rudy is the Ice Truck Killer, while Dexter finds a suspicious picture of the shipping container where his mother was killed. A call from her ex-husband makes Rita suspicious of Dexter and his behavior. Dexter recalls that Rudy is in fact his biological brother, whose real name is Brian Moser. Brian intends to kill Debra with Dexter in a reunion with his true family, but Dexter stops him. As the police close in, Brian escapes and Dexter is left with Debra, appearing to have saved her. The same night, Brian breaks into Dexter’s apartment and attempts to stab Debra, but Dexter captures him, making the choice of Deb over his biological brother. After an emotionally charged conversation, Dexter slices his brother’s throat and leaves him upside down to drain, staging it as a suicide, while wondering what would happen if everyone knew the truth about him. Choosing emotion for his sister over killing ultimately proves Dexter is more human than he thinks. 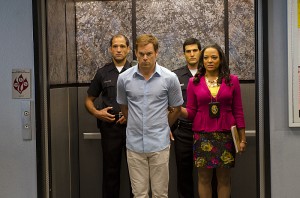 Dexter visits Hannah in prison and Hannah admits to poisoning Debra. During her arraignment, Hannah suffers a seizure and is taken to the hospital, where she escapes  The end of the road is here for LaGuerta who is absolutely right about who she thinks Dexter is, but has backed herself into a hole so deep there’s no way out of it as it looks like she has framed him. Dexter is searching for Estrada, who is still alive; hoping to kill him before LaGuerta finds him and Dexter decides the only way out is to kill her. After killing Estrada, he lures LaGuerta to the shipyard. Debra, worried about Dexter, walks in on them. LaGuerta urges Debra to kill Dexter and save her, but Debra shoots and kills LaGuerta. 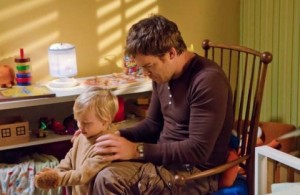 Travis sees that the police have found his hideout, so he retreats to Dexter’s apartment. Realizing that Harrison is Dexter’s son, Travis kidnaps Harrison to use him as his sacrificial lamb in his final act to bring about the end of the world, but is stopped by Dexter who knocks him out, but Dexter does not kill him. Dexter takes the unconscious Travis to the abandoned church, where he kills him. Debra, checking in on Dexter at the church, discovers her brother’s shocking secret. 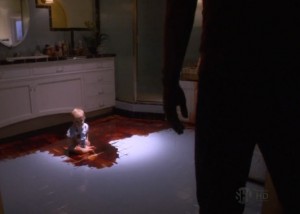 Arthur warns Dexter to back off, but he will do anything to stop Arthur from fleeing him. Rita expresses that she knows they are on a rocky path, but will always support him. Batista and LaGuerta face the consequences of their actions and now that they are married agree to move in together. Debra finally learns that Dexter is the Ice-Truck Killer’s brother and tells Dexter. She then tells him that he is the only constant truly good thing in her life and that she loves him. At the culmination of the episode, Dexter finally captures and kills Arthur, but then goes home to find Rita dead. She was apparently killed by Arthur hours earlier in the same manner as the other Trinity bathtub victims, and Harrison, alive, sitting in a pool of Rita’s blood. This is the exact same scene and set up that Dexter was once in as an infant, and Arthur intended to recreate it.