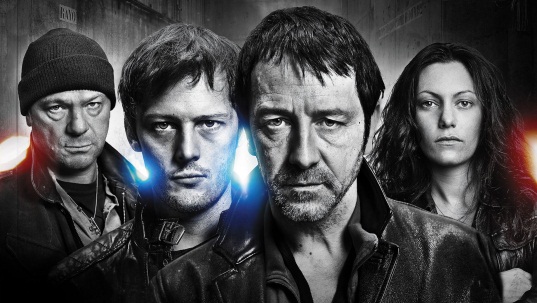 A man who talks to his gun. A man whose threads are as important as his masculinity. A man who thinks women make rubbish law-enforcers. A man who says “Trust me… I know what I’m doing” when he clearly doesn’t. Infinitely better than Police Squad’s Frank Drebbin, Mr Hammer is a wonder to behold. And he manages to bring in the bad guy at the end of every episode.

Here are a great selection of clips: 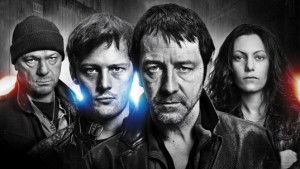 He’s French. Get over it. Over two series (a third is currently in the making) Monsieur Caplan is a Captain of a band of rag-tag well-dodgy alky/druggy Paris anti-heist flics, and as required, he bends the law beacoup-temps to catch les villains rouge-handed. It’s up there with the Wire as a well-acted brilliantly scripted edge-of-seat crime ‘n punishment circus. Count how many times different words come up in the subtitles when they say the word “putain”! Look at the photo. Believe me- these people are as hard as they look! 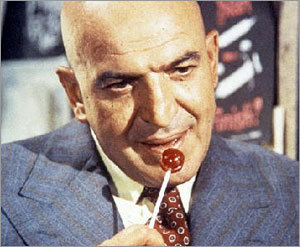 The fat,bald, lolly-sucking softie redefined Police series. He was a good guy that sometimes paid the price for not bending the law. I still prefer him as the bible-bashing squaddie in Kelly’s Heroes with Clint Eastwood. But in this show he single-handedly got the word “baby” into regular bloke to bloke parlance. 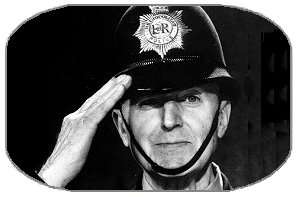 Each episode began with him saying “Evening all”- Here we have the earliest manifestation of the British Bobby. He never rose above the rank of Constable, despite solving a crime every episode. Dock Green is now where the Olympic Stadium is sited. And maybe the concrete foundations have been strengthened with the grasses, snitches, and canaries that gave George Dixon his leads in the series. No swearing, no sex, no colour, and maybe just one or two arms twists or flicks to the ear as necessary and unavoidable force. Nostalgia;  take it down, lock it up and throw away the key! Here we are given a clue as to how to solve crimes: http://www.youtube.com/watch?v=MKB34LPhiGQ 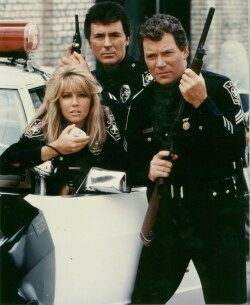 The show that got William “Star Trek” Shatner away from Space- the final frontier. My Dad called him “Rugs” Hooker because it was so obvious that he was sporting a Syrup of Fig (Wig). Interestingly he carried across the “T” from James T Kirk to T J Hooker. Tiberius. Now you know! It was a great series, not least for seeing if his false Barnet (Barnet Fair=Hair) was going to be blown off! But he did have gorgeous chicks with flicks in his show, like the one in the pic. Ahhh the 80s…. 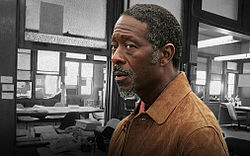 The Series that put Body-More, sorry, Baltimore, on the map. The five series follows both the drug kings of Baltimore and the Po-Lice who try to stop them. There are flawed heroes and angel-winged baddies. Just as you get to like a character he or she is capped or just goes off into the sunset. This is a quality show- and it’s difficult to pick a winning good guy. It would be easy to go for the Irish hot-head cop who features in all five seasons, McNulty and what about Bunk Morland? The black overweight randy sonovva who is never less than well-dressed, even when puking on his tie after an Oirish Wake- A professional and an incorruptible in a sea of temptation, who actually does the best Police work… but is still not as good as Lester. Intelligent, quiet and unassuming, here we have a man who sorts out who is Avon Barksdale and then stiches up the bad guys wholesale. He may not be a badass but this is the man you’d want on your case if you want it sorted without planted evidence and before you are committed to an old folks’ home. Come on down Lester Freamon! 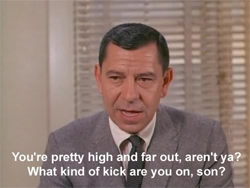 With the catchphrase “Thank God it’s Friday” and the great intro riff, the original Dragnet had two successful runs than spanned over two decades. The show was adapted from a similar radio show. Jack Webb starred as the main character Sgt. Joe Friday. The show always started with the same warning: “the story you are about to see is true; the names have been changed to protect the innocent.”  Brilliant! Each episode ended with the captured criminal and the narrator telling the audience his or her fate. No corruption here boss. Honest! There’s a great version of the theme tune by Art of Noise for a remake featuring Dan Aykroyd and Tom Hanks. 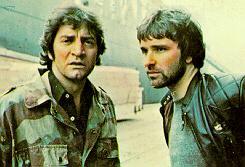 Patrick Mower was, for a few years the biggest heart-throb on TV. He made the camouflage jacket the must-have trendy gear for the eighties. When he was shockingly killed off in the final episode (there was no internet then, and the newspapers were like a week behind the action) a nation went into mourning. He was a hard man who broke the rules, fired first and answered questions afterwards. A blueprint for many subsequent cop shows. Just love the one-eyed Transit here: http://www.youtube.com/watch?v=rEFV1X2lM1A 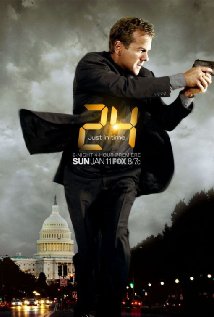 Director of Field Ops for the CTU (Counter Terrorist Unit), the indestructible Jack bounced to fame in “24” a ground-breaking show where each episode represented one hour of real time: The whole story unfolded in one day. Also noted for dirty tricks, torture and gratuitous violence… all by the good guys! Spawned a number of sequels that kept Donald Sutherland’s son in employment for many years. I had the CTU phone ring-tone on my phone for the best part of a year… altogether now: “Do-Do, Dee-Awww”:  http://www.youtube.com/watch?v=ryIqLgAoAPE 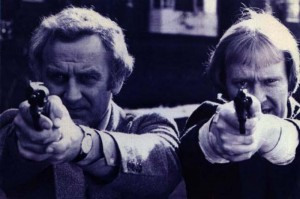 No competition. Absolutely the best. The Sweeney (Cockney rhyming slang for the Flying Squad… Sweeney Todd) depicted an out of control duo of John Thaw and future Minder star Dennis Waterman in a 1970’s England world of thugs, blaggers, pimps, ponces and fences. The first TV show to feature heavy violence, sex, smoking, and (oh god forbid!) amphetamines… it resulted in clean-up campaigner Mary Whitehouse complaining to ITV and Parliament and having questions asked in the House. This put Thames Television way ahead of the BBC. Famous for being the first TV cop show where the end justified the means. Almost every episode, Regan’s Det. Sgt would shout “No Guvnor!” as his “skip” was about to land an extra blow to the head on a down and out villain.

Here’s the trailer- full of tabs and Cortinas: http://www.youtube.com/watch?v=D99O6oTJVHo