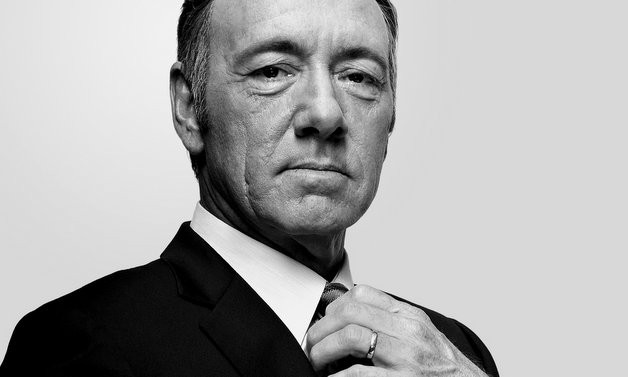 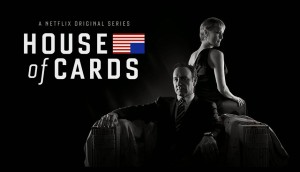 House of Cards is a Netflix drama categorized as a political thriller that centers around the manipulative congressman Frank Underwood (Kevin Spacey) and his equally conniving wife Claire Underwood(Robin Wright).  Together they are a ruthless power couple that is willing to do whatever it takes to acquire revenge and power. It is the first online web-series to be nominated for several Emmy Awards. 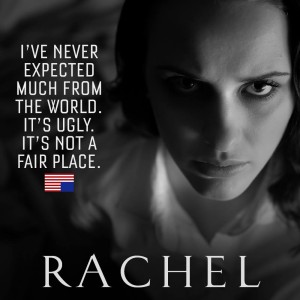 Rachel Posner ( Rachel Brosnahan) is a sweet and trapped call girl. She finds herself manipulated into a tight predicament that is created by Doug Stamper. Who happens to be conflicted between his feelings for her and his loyalty for Underwood. Rachel lives her life in isolation and loneliness. Despite all of this she becomes a stronger character at the end of season 2 by finally killing her capturer making her a dangerously loose end for Underwood.

I’ve never expected much from the world. It’s ugly. 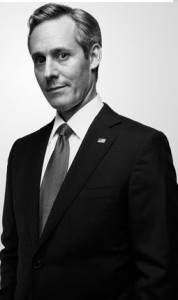 Garrett Walker (Michael Gill) is the gullible and most recent former president of the United States. He is near the bottom of the food chain for being oblivious and naive. Underwood found it extremely easy to manipulate the former president and ultimately making him his half-witted puppet rendering him virtually useless. It wasn’t until the end of second season did he finally come to terms to Underwood’s deception, but by then it was far too late. In season 2, Walker finally ends up resigning and barely puts up a fight. Disgraceful. Yet he makes it to the list because he has the potential to be powerful.

I’m on board – behind closed doors, if not publicly. 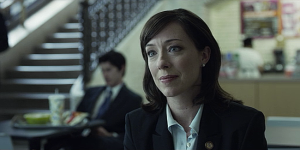 Jackie Sharp (Molly Parker) is a war vet and the successor to the  House of Whip, replacing Underwood. She is a enthusiastic woman who is conflicted between not becoming like Frank Underwood and while still trying to maintain and achieve power. Nonetheless, she ends up getting her hands dirty by destroying an old friend and mentor’s reputation so that she could further her own agendas.

I’m gonna beat this bitch down. 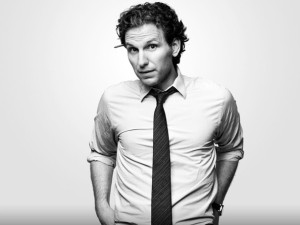 Lucas Goodwin (Sebastian Arcelus)  was once a editor and political reporter for the Washington Herald until he found himself serving a ten year sentence. Stamper ( Underwood’s go to man) realized that Goodwin  knew of Zoe and Underwood’s affair making him a lethal threat. He went ahead and set up a sting operation to implicate Goodwin with cyber terrorism. His knowledge and will to have Underwood pay for his sins makes him potent. 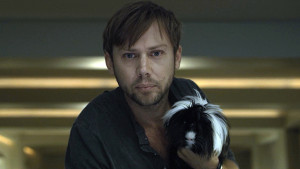 Gavin Orsay (Jimmi Simpson) is a clever and quirky hacker who is working as an informant  for the FBI in order to escape jail time. He goes along with the FBI’s plan to entrap Lucas Goodwin, a journalist. However, he has his own personal agenda that is still a mystery to the audience. Despite his peculiarities and small role he is a very powerful character. He possesses all the wind to blow down Underwood’s entire house of cards. Most likely will become a more prominent character in season 3.

I am never more than one wrong move away from life in a cage. 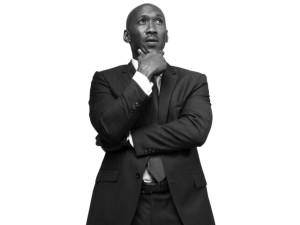 Remy Danton (Mahershala Ali) is a lobbyist at Glendon Hill and Raymond Tusk’s strong right arm.. He is effectively influential and is more than willing to extort and deceive in order to appease his clients. Just as most characters on the House of Cards have their own moral code –so does Danton. He was even able to persuade Claire into betraying her husband so that she would help him kill a bill funded by Peter Russo, former member of the U.S. House of Representatives.

Power is better than money for as long as it lasts, but it never lasts. 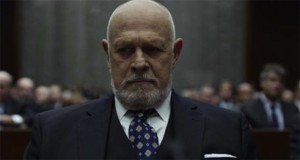 Raymond Tusk (Gerald McRaney) is a billionaire whose specialty lies in nuclear power. He is a close friend to former President Garrett Walker. Tusk is a man who purchases souls without being deterred by emotional detainment. He is just as artfully deceptive as Underwood making him a worthy adversary. His callous conquests have relatively gone unnoticed as he illegally manipulates the economy making him one of the most powerful characters on the show.

Decisions based on emotion aren’t decisions, at all. They’re instincts. Which can be of value. The rational and the irrational complement each other. Individually they’re far less powerful. 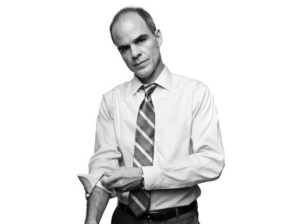 Doug Stamper ( Michael Kelly) is Underwood’s loyal lap dog and clean-up guy. He is willing to do whatever it takes to protect and perpetuate Frank’s endeavors. Frank calls all the shots and Stamper is the one who get his hands dirty. However, sometimes his personal demons have conflicting interests with Underwood’s enterprises.

Do you think I’ve survived with the Vice President so long by being bribed? Upward-mobility has a ceiling with the Underwoods. I’m the ceiling. 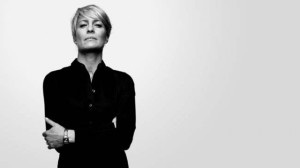 Claire Underwood (Robin Wright) has the strongest female role in the series. She is the wife and female counterpart of the antihero Frank Underwood. Despite being sexually assaulted in the past, Claire is no victim. She exudes strength and has a thirst for power at the expense of others, and does not allow herself to bothered with emotional upheaval.

I’m willing to let your child wither and die inside you if that’s what’s required.

Frank Underwood (Kevin Spacey) trumps the list of the most important characters. The entire series is centered around his quest to the top of the capital.  He is infinitely corrupt and yet his ambition is praiseworthy making it difficult to decide whether he should be hated or admired.  Underwood is a text book Machiavellian man. He patiently executes his agendas without remorse or mercy as he apathetically murders former lovers and potential rivals.

For those of us climbing to the top of the food chain, there can be no mercy. There is but one rule: hunt or be hunted.