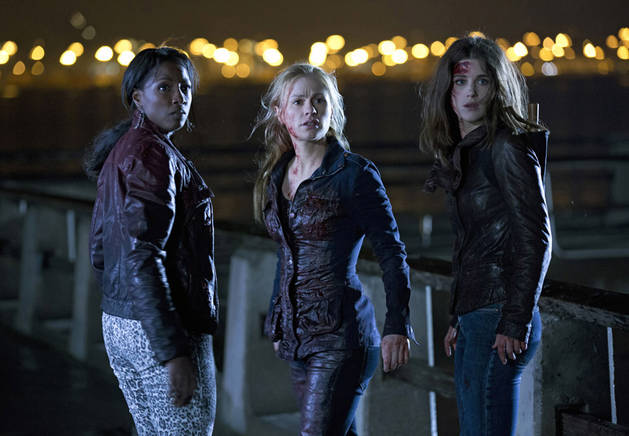 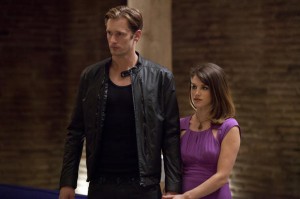 Salome and the Chancellors celebrate the start of the vampire holy war. Anti-supernatural supporters put Sookie in danger after she learns some interesting facts about her parents’ murder. Eric is planning his escape. Andy and Jason are out looking for leads regarding the shifter killings. We learn more about how Alcide was initiated into his pack. 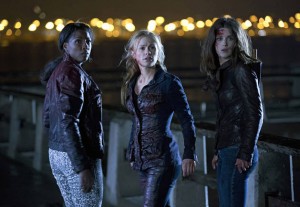 One again putting herself in the line of fire, Sookie finds the connection in the string of killing occurring in Bon Temps. Tara decides to make the most of her second chance with Maryann. The anti-vampire evangelist, Orry, visits Jason in jail and he seems to have found a new calling. Bill tests his fate during his newest attempt at saving Sookie. Sam is shaken by a surprise meeting with an old friend. Lafayette finds himself in the wrong place at the wrong time.

With all of the surrounding tragedy, Sookie looks for refuge from the disarray of her friends and neighbors inner voices. After lashing out at Sookie and fighting with Andy, Jason is writhing from withdrawal symptoms from his V-Juice habit. Tara’s alcoholic mother Lettie Mae is trying to rid herself of a demon and needs her daughter’s help and money. Sam and Tara form a connection while they are both seeking “something real.” 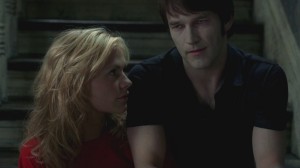 Following her deal with Eric, Sookie and Bill travel to Dallas to help find the missing head of the local vampire community. They take Jessica along but on arrival, the driver meeting them attempts to abduct Sookie. Maryann throws a party for Tara who has now moved into Sookie’s house. A lot of people show up and once again she weaves her magic, revealing something interesting about herself in the process. Sam isn’t sure starting a relationship with Daphne is a good idea but she tells him she knows his secret. Lafayette is still recovering from his wounds when Eric makes him a proposition. Jason is still making an impression at Church camp and is asked to move in with Sarah and Steve.

Maryann prepares for her ultimate bestial sacrifice, recruiting Sookie to be her Maid of Honor. Meanwhile, Sophie-Anne warns Eric to keep quiet on Bill’s curiosity. Hoyt is having a hard time continuously taking Maxine’s endless stream of insults. Sam is forced to put his trust and his life, in a most unlikely ally; Eric in order to save Sookie and the town. 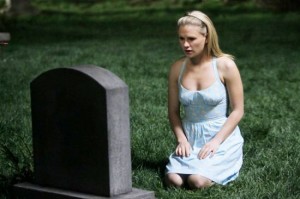 Eric is struggling with his conscience plotting his perfect revenge for Russell. Fed up with being “vampire crack,” Sookie considers a new life without Bill – or any other vampire for that matter. Tara discovers some surprising news about Sam, when his furious rage returns after learning of Tommy’s latest endeavor. Jason finds a new calling after warning Crystal’s family about an impending drug raid. Plagued by visions, Lafayette turns to Jesus for help, and learns his boyfriend has more to offer than companionship. Hoyt hopes for a future with Jessica, rejecting Maxine’s pleas to wed.

Having saved Sookie, Godric orders Eric to peacefully leave the premises with her. Unfortunately, Steve and his followers are waiting for them in the Church and is willing to use anyone for their sunrise ceremony. Godric tries a different approach and hopes to make peace with Steve, who refuses the idea. Godric seems to be turning a new leaf; his peaceful approach and lack of desire for revenge doesn’t sit well with some of his followers. Eggs tells Tara that he’s blacked out again and they try to piece together what happened. Daphne’s body is found in the freezer of his restaurant, and Sam is arrested. Finally sleeping together, Jessica and Hoyt learn of a major disadvantage to her being a vampire.

Under a full moon, Sookie goes searching for Jason. Alcide and Terry are forced to handle a fire, all while Debbie is urging him to leave and join a new werewolf pack. Marnie is connecting with past spirits, Lafeyette feels those spirits in Mexico. Finally surrendering himself to his King, is Eric. We then see that Tommy and Sam trade places.

Collectively, after the explosion, both Vampires and humans clean up after what is left. To the shock of Bill, Sookie is tricked into drinking Eric’s blood. As a result of the lapse in security, Godric’s leadership falls under review but his response surprises everyone, especially Eric, who begs him not to go through with his plan. To complete the ritual sacrifice, Maryann is out to find Sam Merlotte. To look for Sam, Maryann casts a spell on everyone in his bar. Lafayette and Tara’s mother remove her from Sookie’s house. Hoyt and Jessica are forced to get used to their new situation, and Hoyt takes the opportunity to introduce Jessica, his one true love, to his mother. Who hates vampires.