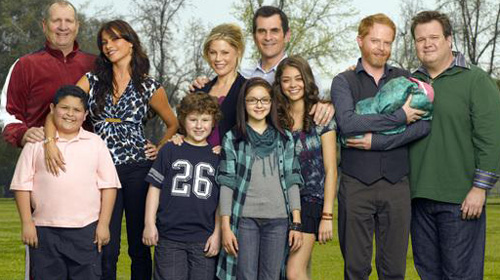 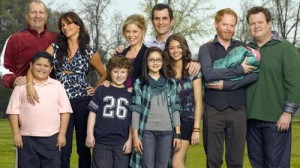 Jay Pritchett recently married Gloria Delgado. With his hot new wife being much younger than him, Jay is trying to keep up. Not to mention be a step-father to Gloria’s son, Manny. Jay’s daughter Claire Dunphy is a super mom, and along with her zany husband Phil they make a great team. They have 3 kids: Haley, Alex, and Luke. Meanwhile, Mitchell and his enthusiastic partner Cameron have just made a major life change by adopting a Vietnamese baby named Lily. Right off the bat, there is much tension between Jay, Claire, and Mitchell, but at the same time a lot of love and a lot of laughs. 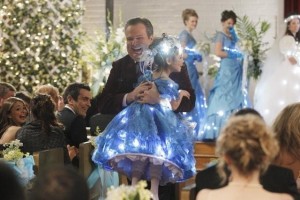 While Claire is running for town council, the family does what they can to help her prepare for the live TV debate. Unfortunately, they do more harm than good. Lily is going to be a precious flower girl for a friend of Cam and Mitchell, however she’s just discovered her first swear word. Mitch and Cam don’t know how best to deal with this new parenting test. And Jay is very concerned with Stella’s recent strange behavior and puts the blame on Gloria. 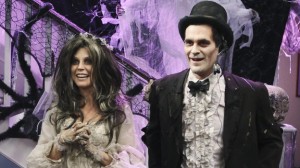 Claire’s favorite holiday is Halloween, and she loves going all out. She creates a spooky haunted house and assigns every member their role to scare the trick-or-treaters. However, none of her show goes quite right. We learn that Cameron has a traumatic childhood experience and hates the holiday, Mitchell has the worst day at work, and Gloria is acting strange after Jay and Manny teased her about her accent. 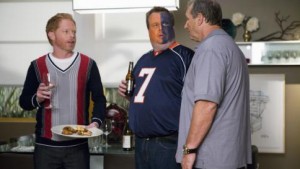 The whole family is invited for a barbeque and football at Gloria and Jay’s house. However, earlier at school there was an incident between Manny and Luke, making things very awkward for Claire and Gloria. Things heat up when an offensive label is uttered. Surprising to Jay, he learns that Cam is a die-hard sports fan. 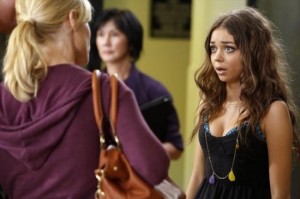 Phil and Claire get the dreaded late night call that Haley has been arrested for underage drinking, so they bring Mitchell, the lawyer, in tow to the police station. Cameron stays back to watch over Alex and Luke, but they get into some crazy mishaps under his care. Meanwhile, Jay gets out of baby shopping with Gloria, but ends up having to deal with a surprise visit from his ex-wife Dede. 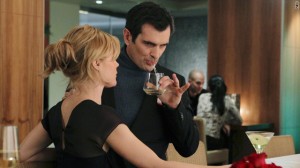 Love is in the air as all the families prepare for Valentine’s Day. Phil and Claire decide to mix things up from their usual Valentine’s routine. Meanwhile, Jay decides to take Gloria to a comedy show for some entertainment. Cameron and Mitchell try to help Manny out by playing Cupid. 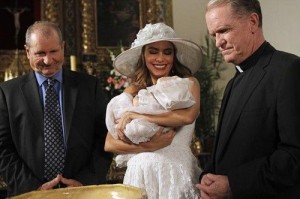 Pilar, Gloria’s mom, and her sister Sonia have traveled from Colombia to see the new baby. They come bearing traditions, baby names and a whole lot of family baggage. Meanwhile, no one seems to have confidence that Phil will be able to help with the kids’ problems, but there just might be a method to his madness. Lily has picked up some bad habits, mainly from her fathers, so Mitch and Cam try to change their ways so they can good example for her.

It’s been a very stressful year for Mitch and Cam as they have been trying to adopt another child. When they find an unexpected surrogate, Gloria is able to help as a translator. While they are gone, they leave Jay and Manny to look after Lily, who has been practicing for her big dance recital coming up. Claire and Phil bond over a moment as they are proud parents when they send Alex off to her first prom, but then that is quickly tarnished with Haley’s shocking news of her future plans. 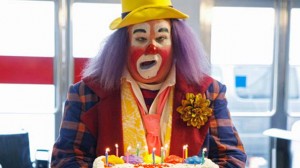 Phil and Claire throw Luke the biggest birthday party they could. However, Cameron arrives as Fizbo the clown, and takes his party to a whole other level. His performance takes a few unexpected turns which triggers a chain of events that leads to someone ending up in the hospital. 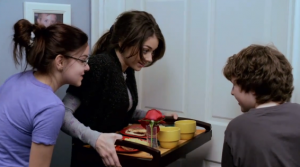 On Phil and Claire’s anniversary, the kids go to surprise them with breakfast in bed. What they end up getting is a surprise of their own! Due to a brutally honest email accidentally sent to Claire, Jay and Gloria’s plans for a Vegas vacation are ruined. Mitchell and Cam try to get into a new restaurant owned by a mom at Lily’s preschool. This episode is a perfect example of true characters and prime one-liners.