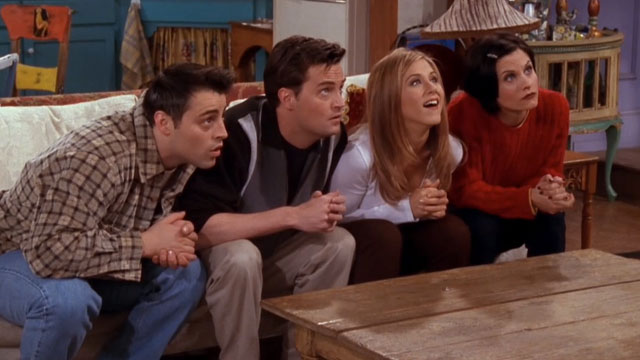 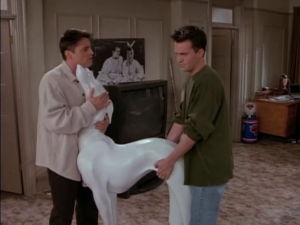 Chandler reaches his final straw when Eddie starts to freak him out by sneaking in his bedroom to watch him sleep. Chandler tries to make Eddie leave the apartment but he just wouldn’t go. Rachel, Monica and Phoebe read this book called, ‘Be Your Wind Keeper’, a poetical hardcore feminist bestseller which starts a heated up discussion between them. They argue about goddesses and empowered women. Joey loses the apartment on account of losing his job and he auditions for a measly part under Ross’s guidance to do anything for material security. Ross regrets the decision and gets the porcelain dog for Joey to make up for it. Chandler solves both his and Joey’s problem by moving in with Joey. 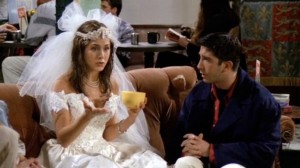 Rachel leaves her fiance, Barry, at the altar and decides to move in with her old friend Monica after meeting the gang in the coffee place ‘Central Perk.’ Everyone watches Spanish soap operas at Monica’s place. Monica, meanwhile, sleeps with Paul the ‘Wine Guy’ from her work, who turns out to be less than sincere and lies to get her into bed. Chandler and Joey try to get Ross back into dating who is reeling from his divorce from Carol as he found out she is a lesbian. Ross reveals his high school crush on Rachel and mentions asking her out. Rachel discovers independence isn’t as easy as she thought and gets a job at the coffee house as a waitress. 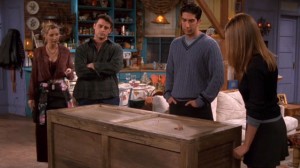 Chandler spends Thanksgiving in a shipping crate as penance for kissing Joey’s girlfriend Kathy. The gang has a secret santa and Ross torments Rachel about her habit of giving away gifts. In response, she shows him all the stuff she saved from their relationship. Monica gets ice in her eye and the doctor turns out to be Richard’s son who’s also attracted to her. 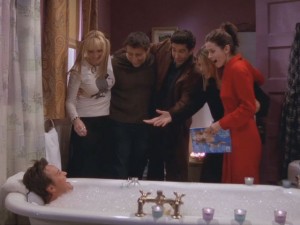 Monica sways Chandler’s dislike of baths but he soon becomes addicted to them. Phoebe, who thinks Joey has a crush on her, is shocked to discover that Joey actually likes Rachel. Also, Ross and Rachel debate over potential names for their baby and later find out the baby’s sex. 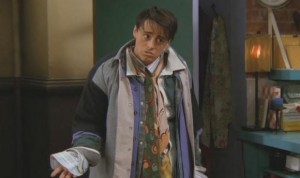 Ross frantically tries to get everyone ready for his museum function – but Joey and Chandler fight over chairs and clothes. Monica hears an old message from Richard and thinks it might be new so she leaves him a message, but ends up making things progressively worse. Phoebe’s dress gets dirty and Rachel can’t decide what to wear so Ross loses his temper with her. 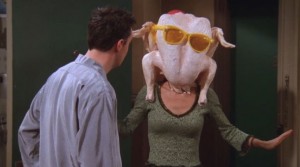 The gang talks about their worst Thanksgivings ever. Chandler learns that his father slept with the pool boy (1978). Phoebe loses an arm each time in two past lives (1862 and 1915). Joey has his head in a turkey (1992). Chandler hurts Monica’s feelings when she’s fat (1987), but Monica gets even with him a year later when she’s thin. Finally, Monica sticks a turkey on her head to cheer Chandler up and he tells her that he loves her. 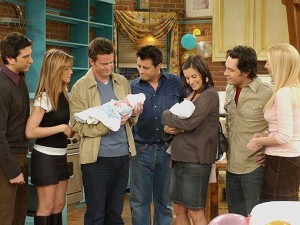 After having sex with Ross, Rachel says it was a ‘the perfect way to say goodbye’, and Ross realizes he is still in love with her. Phoebe and Joey pack Monica and Chandler’s belongings as the couple accompanies Erica to the hospital. Ross and Phoebe race to the airport to tell Rachel of his feelings – but she gets on the plane anyway. Meanwhile, Erica gives birth to twins which Chandler and Monica name Jack and Erica. Still on the plane, contemplating Ross’ plea, Rachel has a change of heart. She leaves the plane and goes to Ross’ apartment to tell him that she loves him. Back in Monica’s apartment, the friends turn in their keys and go out for their last cup of coffee together as a group. 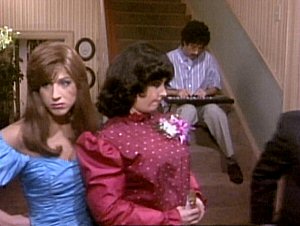 Joey gives Chandler a gaudy gold bracelet, but he hates it. Phoebe shares her lobster love theory with the gang. Monica plays a video of herself and Rachel preparing for their senior prom (Rachel’s nose is pre-surgery and Monica is fat). In the video, Rachel’s upset because she thinks she’s been stood up so Ross prepares to take her. However, the date shows up. Rachel is moved by what she sees and kisses Ross passionately. 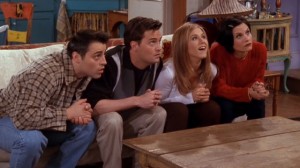 The embryos are planted in Phoebe’s uterus. Monica and Rachel insist they know Chandler and Joey better than the guys know them so Ross chairs a quiz to see who’s right. If the girls win, the chick and the duck have to go. If the guys win, they get the girls’ apartment. When the guys win, Rachel tells them that it was just a game but the guys continue to move in. At the end, Phoebe tells everyone she’s pregnant. 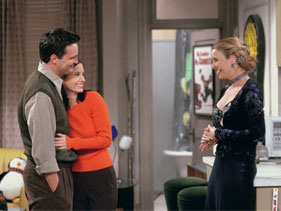 It’s a sad day as Ugly Naked Guy is moving out, and Ross decides to sublet his apartment. Phoebe finds out about Monica and Chandler after seeing them through Ugly Naked Guy’s window and although Joey is happy that now they can just confront them, Rachel and Phoebe instead decide to pretend Phoebe is romantically interested in Chandler, to make them confess. Monica and Chandler realize something’s up so they play along. Ross finds out that quite a few people are interested in Ugly Naked Guy’s apartment and goes to extremes to win him over. Eventually the competition between Monica, Chandler, Phoebe and Rachel comes to a head, and Chandler and Monica admit that they love each other. Despite this, they still wish to keep their relationship a secret from Ross, but thanks to Ugly Naked Guy, it doesn’t keep for very long.