Skip to content
Below is our top ten list of the best TV shows which first started broadcasting in 1978.

Dallas is a TV series starring Larry Hagman, Ken Kercheval, and Patrick Duffy. J.R. Ewing, a Texas oil baron, uses manipulation and blackmail to achieve his ambitions, both business and personal. He often comes into conflict with…

Battlestar Galactica is a TV series starring Lorne Greene, Richard Hatch, and Dirk Benedict. After the destruction of the Twelve Colonies of Mankind, the last major fighter carrier leads a makeshift fugitive fleet on a desperate…

Diff’rent Strokes is a TV series starring Gary Coleman, Todd Bridges, and Conrad Bain. The misadventures of a wealthy Manhattan family who adopted the children of their late African American housekeeper from Harlem.

Mork & Mindy is a TV series starring Robin Williams, Pam Dawber, and Ralph James. A wacky alien comes to Earth to study its residents and the life of the human woman he boards with is never the same. 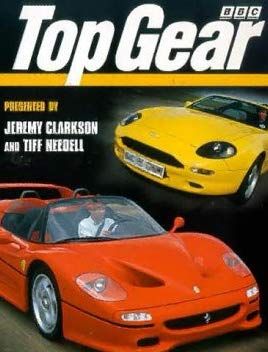 Taxi is a TV series starring Judd Hirsch, Jeff Conaway, and Danny DeVito. The staff of a New York City taxicab company go about their job while they dream of greater things.

WKRP in Cincinnati is a TV series starring Gary Sandy, Gordon Jump, and Loni Anderson. The misadventures of the staff of a struggling Top 40 rock radio station in Cincinnati, Ohio.

Holocaust is a TV mini-series starring Joseph Bottoms, Tovah Feldshuh, and Rosemary Harris. The saga of a Jewish family’s struggle to survive the horror of Nazi Germany’s systematic marginalization and extermination of their…

Mirai shônen Konan is a TV series starring Noriko Ohara, Masatô Ibu, and Mieko Nobusawa. After the world is nearly destroyed by a war, a young boy and his friends must fight to save the world from those who seek to conquer what is…

Matador is a TV series starring Jørgen Buckhøj, Buster Larsen, and Ghita Nørby. A man comes to Korsbæk, Denmark, in 1929, opens a women’s clothing store in competition with an established one – bringing him up against the…

Best Episodes Of Inside Edge