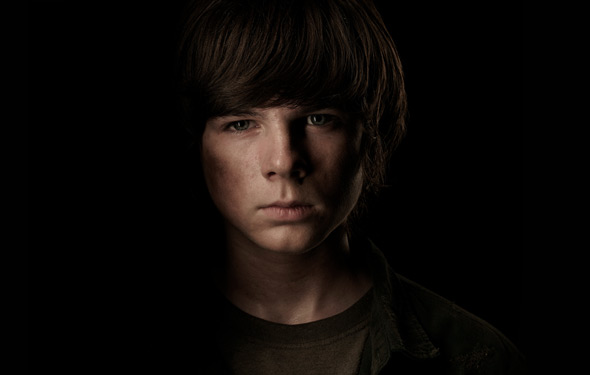 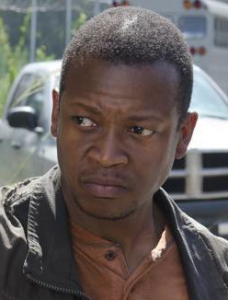 Bob comes from a past where he has suffered from both depression and alcoholism, but in a zombified world he has become a strong and optimistic man, and has achieved an uncanny ability to able to find the silver lining in all situations. Before his unsightly death he even found a purpose and a reason to live and that was through Sasha, and being a strong teammate for the group.

Hey. When you said they don’t get to live, you weren’t wrong. We push ourselves and let things go. Then we let some more go and then some more. And pretty soon, there’s things we can’t get back. Things we couldn’t hold on to even if we tried. Washington’s gonna happen, Rick. 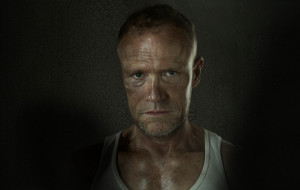 When we are first introduced to Merle he is a violent and racist misogynist  but out of all the characters by far he has changed the most drastically for the better. As opposed to the rest of the characters who have maintained their humanity, Merle has become more humane by relinquishing his prejudices and humbling himself to be able to ask the group for their forgiveness, and lastly he sacrificed his own life for the group.

You’re a joke is what you are. Playin’ errand boy to a bunch of pansy-asses, niggers and democrats. 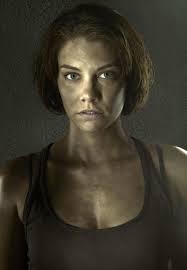 One of the strongest females in the group she started off as an innocent, naive, and bratty farm girl and became a machete wielding warrior. Many times she has put her own life on the line to protect the group, and even in a situation where she was exposed to The Governor’s special brand of psychological torture she was unyielding and loyal in her efforts not to expose her group’s whereabouts.

You don’t need a picture of me. You never will again. 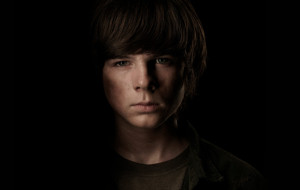 Carl is the second youngest in the group, and when we first met him was a naïve and irresponsible boy, but through the series he has gone on to become a brave and strong young man. As the walls come tumbling down around him with the loss of his father (at least he thought), and with the loss of his mother in a world that is in a state of apocalypse he has persevered to be a good brother and team player, and with no doubt will grow to become a very strong and influential leader.

Hey, I’m like you now. We’ve both been shot. Isn’t that weird? 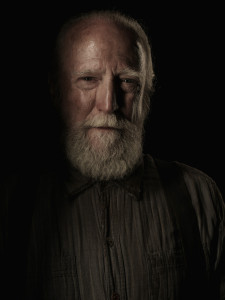 Herschel exhibits strength by maintaining his soft touch and genuine nature. When his farm was overrun by zombies he did not become emotional and instead he did the rational thing and picked up his shotgun. Herschel sustains his morality and supplies an unrelenting moral compass to the group.

Lori told me your story – how you were shot, the coma. Yet you came out of it somehow. You did not feel God’s hand in yours? 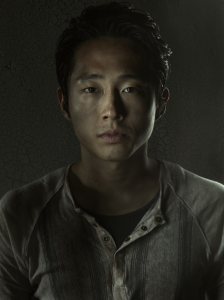 Many of us may have forgotten that Glenn started off as a pizza delivery boy before the world went to hell, but his occupation as a pizza boy led him to be aware of the shortcuts around Atlanta which may have saved his own life as well as Rick’s. Glenn is strong in the sense that he always puts his own life on the line to save the group by volunteering himself for dangerous missions. His love for Maggie makes him a stronger man, and when he was kidnapped by Merle and held captive and tortured for information his love for Maggie and the group helped him to endure the pain.

Hey you. Dumbass. Yeah, you in the tank. Cozy in there? 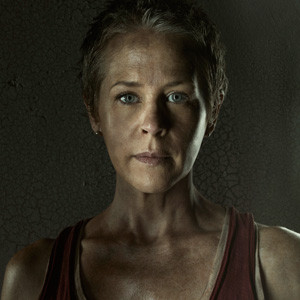 No one has developed and changed as a character more than Carol. She is a victim of domestic abuse who has watched her husband and daughter die, and in spite of her mishaps she still stands as a ruthless survivor and nurturing mother figures. Carol makes the tough decisions and executes the necessary actions to retain her own and the survival of the group. She made the difficult decision to kill Lizzie and confess to a double murder, she has balls to say the least. Although, Carol was kicked out the group when the situation presented itself she still rescued the gang from Terminus, Comando style.

I’m hardly the woman I was a year ago. 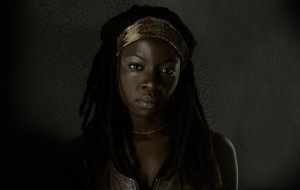 Who doesn’t love a strong female character? In a post-Apocalyptic world, where her boyfriend and child are no longer with her, she a ninja, keeps wielding her katana and holding on to her life. Her aloofness and her mysterious background  retains her position as a captivating character. She is a woman who is exceptionally intelligent and her intelligence is formidable as it is insightful. Michonne is a lethal weapon with many features. She too is able to sustain her humanity and exhibit compassion when the situation calls.

People with nothing to hide don’t usually feel the need to say so. 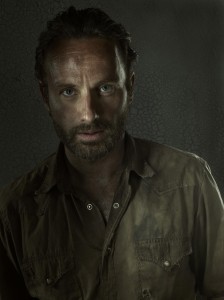 Rick is the leader, and he is a very strong man in spite of the pressures he has experienced he stands to endure as both a leader and a father. Even when Rick experiences hopelessness he does not allow his group to be aware of his despair. Rick’s unique style of leadership is why everyone who is alive remains to be alive through his fairness and toughness he is able to keep the group intact and as safe as possible in a state of chaos. His fortitude is seen by his ability to maintain his humanity and compassion.  Without Rick The Walking Dead would no longer be The Walking Dead, but instead a spin off series.

Officer Friendly. Look here, Merle. Things are different now. There are no niggers anymore. No dumb-as-shit-inbred-white-trash-fools either. Only dark meat and white meat. That’s us and the dead. We survive this by pulling together, not apart. 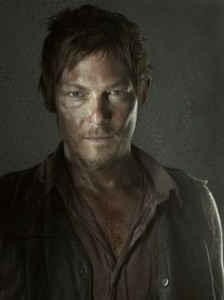 Between Rick and Daryl its tough to say who is number one, but without debate Daryl is the most popular, and Rick is a very close second. The crossbow-wilding redneck is the most powerful character on the series because of his popularity if he were to be killed off many people would cease to continue watching the series. Daryl is strong in that he has the skill set to be able to survive a post apocalyptic world, and could possibly survive alone.  More than that he is a selfless – bad boy with a heart of gold, and he would risk his own life to save anyone in his group.