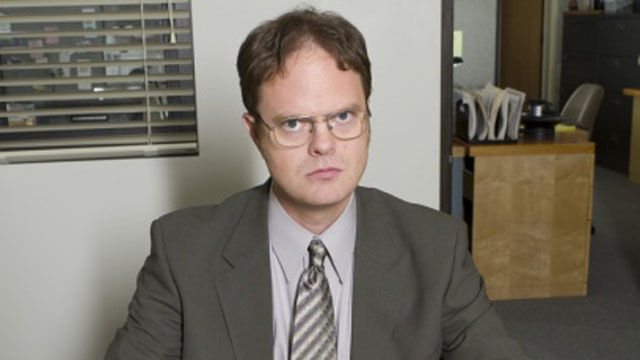 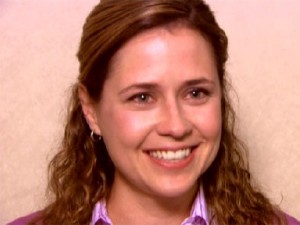 Pam is the shy, sweet, sexy, once conflicted receptionist turns sales woman at Dunder Mifflin who has the uncanny ability of forcing every straight man to be attracted to her undeniable charm. Mother to Cece and Philip Halpert, she is married to the love of her life, Jim. After two agonizing seasons waiting for her to end her three-year engagement to Roy, and Jim to reveal his true feelings, they finally got together and eventually married. In the end, she secretly puts their house up for action so they can move to Austin and Jim can have his long awaited career. 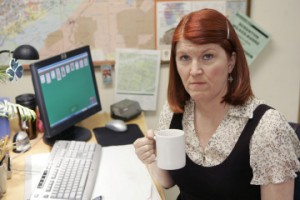 Meredith is the socially inappropriate and sexually promiscuous, Supplier Relations Representative at the Dunder Mifflin branch. We know little about Meredith’s life other than she has two kids and was married twice. She is a proud alcoholic, always seen playing solitaire, has appeared in pornography, and loves hitting on Jim. She also had rabies once, caught lice, and broke her pelvis. 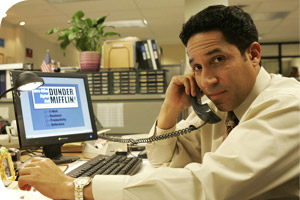 Oscar is known for being rational, quietly efficient, and intellectual worker in the office, and often the one who will ask pointed financial questions that his colleagues will not or that Michael avoids answering.  After being outed by Michael in Season 3, he is an openly gay man, obviously despised by Angela in result. He is often bringing everyone back to reality, and is usually takes regular scrutiny from members of the office for being Mexican and also gay. In season 9, Oscar is secretly dating the Senator but they break up when he learns the Senator is using him for Latino representation for his political campaign. A year later, Oscar is running for the Senate seat which we learn Robert’s re-election bid failed after he was outed by the airing of the Office documentary. 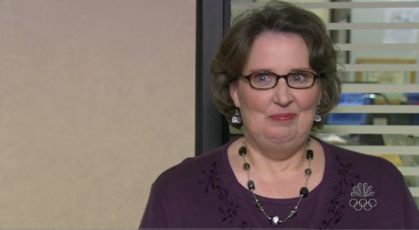 Phyllis Lapin is a sales representative at fictitious paper distributor Dunder Mifflin. She is a quiet but friendly type who loves “girl talk” and gossip. Though she has a sweet, motherly exterior, she can sometimes be very vindictive, often to Angela and Pam. She is often insulted and embarrassed by branch manager Michael, who frequently describes her as non-feminine and old, despite having been classmates with her in high school. She was also apparently very promiscuous in high school, which resulted in an unplanned pregnancy. She is married to the love of her life, Bob Vance of Vance Refrigeration, and is a proud member of the Party Planning Committee. 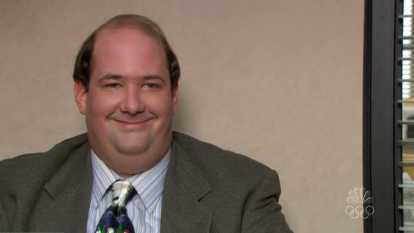 Kevin, an accountant with a huge lack of mathematical credibility, is one of the dumbest and endearing characters. He’s the drummer and singer for the band Scrantonicity. Kevin is fond of M&Ms, Cup of Noodles, hot dogs, and his favorite number is 69. Kevin gambles and will place bets on items and events ranging from the NCAA basketball tournament to how much candy he can fit in his mouth from the candy jar. We learn in the end that Kevin becomes a bartender, loves his job, and is fully respected by his co-workers.

A complex character, Jan Levinston-Gould (the Gould is now removed), is swooned by Michael despite her struggles to avoid it. She is the Vice President of Northeast Sales at the paper distribution company Dunder Mifflin, directly supervising Regional Manager of the Scranton branch, and Michael. She is very dominating, and a huge contrast to Michael. She is one of the few characters to understand Michael and anticipate his needs. Although they were completely toxic as a couple, she was a huge bright spot in Michael’s life and also one of the few characters who were “socially acceptable”. 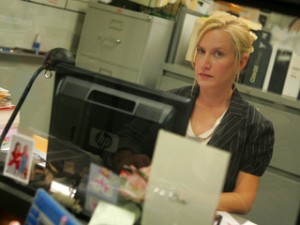 Angela is typically a rigid woman and often unnecessarily callous to her coworkers. She claims to be a good Christian woman but often contradicts herself through micromanaging and being extremely judgmental of others. She has an obsession with cats, specifically her cat Sprinkles. She was once engaged to Andy, but that ended when she was discovered by him with her on-again off-again romance with Dwight. She married a Senator, who in turn was gay and in a relationship with Oscar. Angela becomes pregnant and Dwight later learns it is his child. Angela rekindles her romance with Dwight and they end the series married. 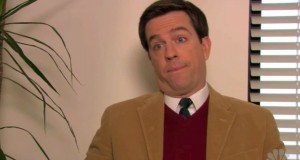 Andy worked at the Dunder Mifflin Stamford branch before transferring to Scranton in the third season. He frequently notes his education at Cornell, where he sang with the acapella group “Here Comes Treble”. He overreacted to a prank by Jim by punching his first through half-inch drywall; he spent the following five weeks in anger management. He was once engaged to Angela which ended after Andy discovered she was having an affair with Dwight. Andy became the Regional Manager after Michael’s exit, but later had a mid-life crisis in Season 9. He eventually quits to pursue an acting career in which he has an embarrassing viral video hit the web from one of his auditions, which in the end he takes in stride and looks forward to his future. 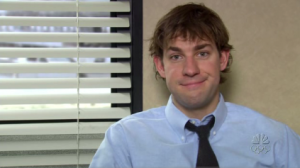 Jim is a lovable underachiever with a passion for pranks and endless love for Pam. He rarely bothers to fulfill his full potential and insists that his job as salesman for Dunder Mifflin is just a job, and not a career, despite the years he has spent there. He has a comical rivalry with the sometimes clueless Dwight Schrute who is frequently the object of Jim’s pranks and unforgettable facial expressions. He later marries Pam and they have two children. At the end of the series, he forces his own firing to pursue a long term career to support his family. 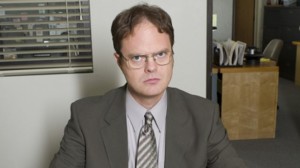 Typically an outlier in the office, Dwight is a strange guy with strange interests, morals and the target of the majority of Jim’s pranks. He is intelligent, self-sufficient, loyal and successful at Dunder Mifflin, winning top salesman on a number of occasions. He lives on his own beet farm with his cousin Mose, and is actually extremely wealthy with no need for his office position at Dunder Mifflin. Occasionally, we see Dwight “break” and view a soft side and a more human side for Dwight.  He is a stickler for the rules, and a lot of times compromise his undying love for Angela. In the series finale, they are finally together, have a wedding, and live happily ever after on the Schrute beet farm. 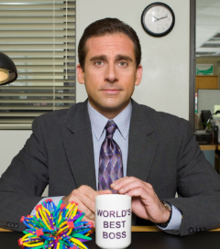 Michael earns his top spot on this list because he is so outlandish and lovable. Additionally, the show lost a lot of his appeal upon his departure. Michael is the regional manager of the Scranton branch of a paper distribution company Dunder Mifflin.  He has no sense of social awareness, has few friends, and is actually quite lonely. He thinks of himself as an office comedian, but his attempts at humor prove to be unfunny at best and are often inappropriate and sometimes offensive or unwittingly mean. Despite all this, he always means well. He finally finds love with Holly, and they run off to begin a family. In the series finale, Michael makes a brief return, and we learn his true happiness and his growing family.