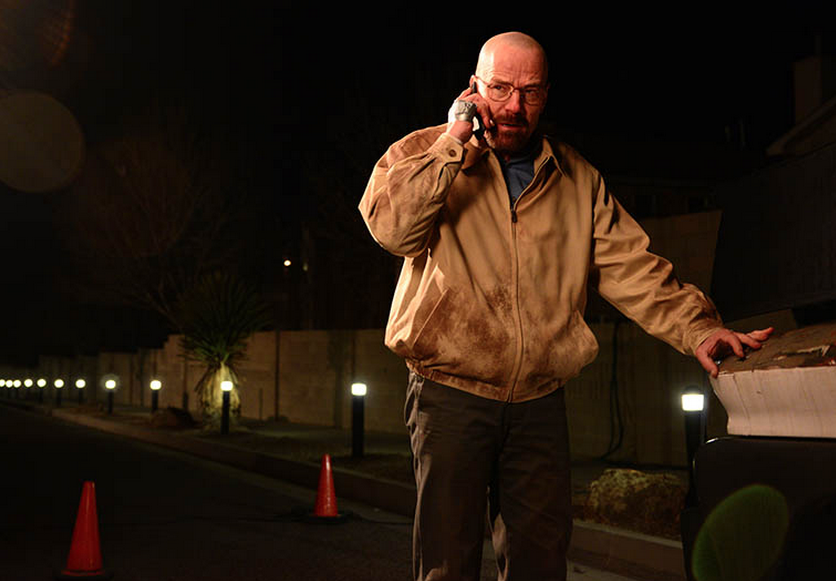 From the outset, the hit AMC Breaking Bad tv series seems like a typical family drama where the main character displays a weak spot. As the show progresses, though, devoted viewers find that the tv program offers a glimpse inside the mind of a man driven to desperation. The show mirrors the dark side of the seemingly harmless Chemistry teacher Walter White who, in the first few Breaking Bad episodes, is seen living a typical low-wage earner’s life who is urged by his brother-in-law to “get a little excitement in his life.”

That’s exactly what the show’s main character does. Viewers watch with bated breath as the responsible family-oriented middle-class breadwinner who is diagnosed with lung cancer transforms into a bad ass character who manufactures crystal meth to ensure that his family is well provided for when he dies. The plot thickens with every season, and viewers become hooked as they move along with the show’s twists and turns.

It’s only if you watch Breaking Bad that you’d really grasp why millions of the audience have become glued to the show season after season. Even before you’ve gone through all the episodes and reached the heart-pounding Breaking Bad season 5 finale, you’ll see why the show won the Emmy award for “Best Drama” along with special awards for some of the talented cast members.

The tv series, shot in Albuquerque, New Mexico, not only promoted the place as a go-to destination but also showcased the acting chops of lead stars Bryan Cranston, Aaron Paul, and Anna Gun (who portrayed Walter White’s ill-treated wife Skyler). All three won Emmy awards. The tv series got the critics’ nod of approval even during the first season. The stellar cast was instrumental in holding the audiences’ attention until the highly anticipated Breaking Bad Season 5. The show garnered the “Best Drama” Emmy award just when the series’ gripping finale was aired.

The role of mild-mannered husband and intelligent teacher-turned meth cook-and drug kingpin Heisenberg hugely appealed to actor Bryan Cranston. He said he found the story so powerful from the get go. His research on the character gave him a clear idea on the CIA principle not to leave anyone behind. Hence. That was a major factor that guided him on how to play the role of Heisenberg. The AMC Breaking Bad hit tv series depicted how Walter a.k.a Heisenberg had constantly looked after his partner Jesse Pinkman. In many instances, Walter White is shown looking for him and even rescuing him. This was something not lost on avid viewers & fans of the show.

A multiple Emmy award-winning actor, Bryan Cranston showed acting depth in tackling the dual personalities of his breakout role in “Breaking Bad.” Cranston has tackled various roles. He appeared in the movies, “Total Recall” and “Rock of Ages,” among others. He was also part of the cast of the political thriller “Argo” helmed by Ben Affleck. Bryan Cranston’s plans for the future include directing his own screenplay. He will also be seen in the upcoming movie, “Godzilla”

Make sure to check out our best moments from Walt / Heisenberg here.