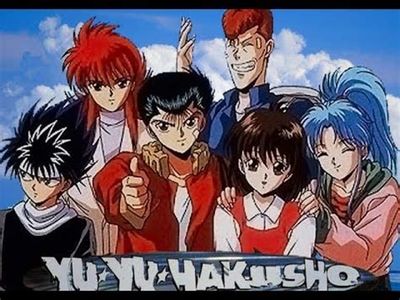 With thirty minutes to go before the tunnel opens and the world as humans know it ends, Yusuke’s group is invited to take on Gourmet, but before the encounter gets far, an older enemy reasserts himself – or should one say an “Elder” enemy?

Yusuke confronts Rando but, with Yusuke’s spirit energy depleted, the only question in everyone’s mind is how long Rando will toy with his weakened prey before delivering the coup de grâce.

Following Yusuke’s first fight, Genkai moves the semi-final round to an ancient battleground where spirit energy overtakes the body, making it the best place to use spirit power.

Kuwabara’s fight with Byakko continues as the white tiger consumes the boy’s spirit energy, growing larger and more threatening by the bite, while, back on Earth, Botan struggles alone against the spreading psychotic influence of the Makai insects.

While waiting for his spirit egg to hatch, Yusuke’s estimation of Kazuma Kuwabara rises stemming from the rare opportunity to observe his goofy rival dealing with two teacher going out of their way to hurt him, expel him and ruin a friend’s life.

The Doctor pushes Yusuke toward the decision of making him his first human kill, and with people dying throughout the hospital from the Doctor’s disease it looks like Yusuke has little choice but to comply.

As Hiei’s confrontation with Shigure nears a swift and noble end, his life as the cursed child of a glacial village flashes before his eyes. For sharing his consciousness so openly and fully, Mukuro rewards him with a rare and personal gift.

The stadium is heavily damaged, but the next fight is up. Elder Toguro, the sadistic shape-shifter, takes special delight to revealing Genkai’s death to Kuwabara, who was not told about it by any of his teammates. Ogre, meanwhile, sits in with Koto, uninvited, hoping to open a new job opportunity for himself by impressing others with commentator skills.

The previous demons were handled with relative ease, but, against the Toguro Brothers, Yusyuke and Kuwabara find themselves outmatched.

Paralyzed by Gama’s dying curse, Kurama is entrapped to fight Touya, the ice master, in the next match. Not only is Touya a fit and determined fighter, he’s Kurama’s intellectual equal as well, which may make pulling off a victory against him impossible.

The Best Fantasy TV Shows from 2006