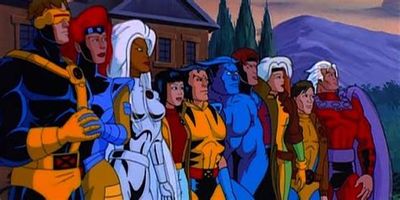 Jean is beginning to lose control, and the Phoenix begins to brazenly take over at will.

Wolverine discovers everything about his past life in the government program Weapon X was a lie… including his love affair with Silver Fox.

Jean Grey, now completely part of the Phoenix, returns to her childhood home, overwhelmed by too much emotion and too much power.

The X-Men fail to protect the M’Kraan Crystal from intergalactic pirates called Starjammers who plan to sell it to D’Ken as well as to use Cyclops as an assassin. Phoenix transports the X-Men to the crystal but D’Ken succeeds in unlocking it’s power.

Juggernaut and Black Tom Cassidy kidnap Lilandra for Erik The Red but the X-Men track them down. A fight results in a stalemate until Gladiator, guard to the imperial throne, shows up to take Lilandra captive. Phoenix rescues her and vanquishes Gladiator for the meantime.

Bishop returns from the future to again attempt to fix his world, but this time his actions lead up to a far greater tragedy occurring.

Jean and Scott get married. Newly elected President Kelly has freed Beast who has been incarcerated since the attack on government facility at the beginning of Season 1 and added him as part of his Presidential cabinet. Another friend who was thought to be dead at the same incident has resurfaced, but this time he’s not so friendly. With the President’s newly found pro-mutant point of view, the public feels betrayed are reacting with violence.

An ancient and immensely powerful mutant called Apocalypse plots to destroy the world to bring in a newer more world.

Gambit sets out to prove his innocence by thwarting an assassination he supposedly caused. Can he succeed?

The mutant travels back in time to avert a future catastrophe.

The Worst Mystery Series from 2019