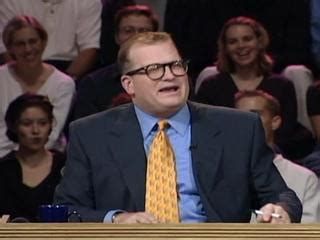 Games played: Let’s Make A Date, If You Know What I Mean, Duet, Title Sequence, Scenes From A Hat, Hoedown.

Games include Superheroes, Sound Effects, Props, Hey You Down There, Daytime Talk Show, Scene to Rap and Hats.

1. The Best of Whose Line Is It Anyway?

In this “Whose Line Is It Anyway?” episode, Whose Line host Drew Carey introduces many clips from previous episodes that includes memorable moments on the show. This episode also includes bloopers that were shown in television. It also shows bloopers that actually did not make it onto the show. The episode also include the entire cast making fun of Drew whom he mistaken Africa as a country, not as a continent.