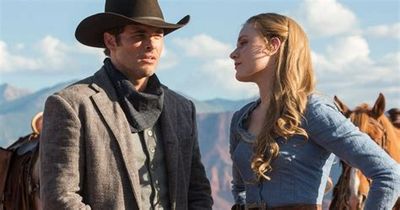 Dolores, William and Logan reach Pariah, and are recruited for a dangerous mission; The Man in Black meets an unlikely ally.

9. The Mother of Exiles

Bernard and Ashley infiltrate a private charity event, while Dolores and Caleb make similar plans; The Man in Black prepares to re-enter society; Maeve comes face to face with an old comrade.

The park staff begin to notice strange behavior from the hosts; A mysterious Man in Black roams the park, wreaking havoc.

Maeve charms Felix; Elsie discovers evidence that could point to sabotage; Teddy and the Man in Black conflict with a garrison.

Everyone converges at the Valley Beyond.

The telling of Akecheta and the Ghost Nation’s journey to consciousness; Maeve’s life hangs in the balance.

4. The Riddle of the Sphinx

An enigmatic figure becomes the center of Delos’ secret project; The Man in Black and Lawrence follow the path to Las Mudas, but run into trouble.

Dolores joins William and Logan on a bounty hunt; The Man in Black makes a significant discovery; Ford and Theresa discuss the park’s future.

Dolores and Bernard reconnect with their pasts; Maeve makes a bold proposition to Hector; Teddy finds enlightenment, at a price.