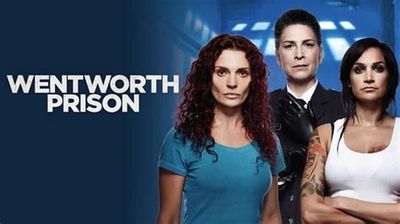 Wentworth is a TV series starring Kate Atkinson, Katrina Milosevic, and Robbie Magasiva. Bea Smith is locked up while awaiting trial for the attempted murder of her husband and must learn how life works in prison.

Ferguson strengthens her alliance with Kaz by painting Will as an abuser and Bea as a ‘screw-lover’, while Maxine receives a devastating diagnosis.

Vera makes a dangerous plan to bring down Ferguson, while Lou is on the warpath and is out for blood, as Allie realises her time as Top Dog is running out and Linda threatens to sue the department.

Bea returns to Wentworth with a heavy charge over the murder of Braydon Holt, while Ferguson makes it clear that she owns Bea. Battle begins over the control of the prison.

The truth behind the riot is finally revealed and Bea confronts a killer leading to deadly consequences.

After being shot Franky seeks Bridget’s help, but the police net is tightening. Meanwhile, Kaz faces her toughest challenge when she warns Hutch to stop fight club.

The extent of Bea’s plan is revealed as she makes the final moves to avenge Debbie’s death. Meanwhile Franky realises she is losing the support of the women and is forced to consider a deal.

As Bea and Franky go to war for control of the prison, Bea puts her daring plan in motion. Meanwhile, Fletch is on a downward spiral of self-destructive behaviour as his final day at Wentworth looms.

3. The Living and the Dead

When Bea uses her alliance with Fletch to drive a wedge between Vera and Ferguson, her actions set in motion an unstoppable chain of events.

The walls are closing in on Ferguson – who will survive the final showdown?

The lives of officers and prisoners remain in the balance as the siege comes to a bloody end. With lives lost the prison will never be the same ever again.