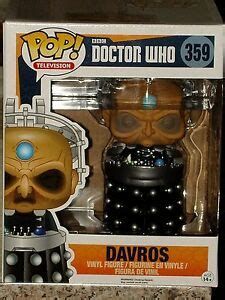 Vinyl is a TV series starring Bobby Cannavale, Paul Ben-Victor, and P.J. Byrne. A New York music executive in the 1970s hustles to make a career out of the city’s diverse music scene.

Richie and Zak travel to Los Angeles to sell the company jet, whild they go to Las Vegas to persuade Elvis Presley to sign a contract.

Richie is embarrassed at a record producers’ banquet; a junior A&R rep courts Alice Cooper; Devon tries to raise funds to renovate a Greenwich barn; Richie approaches Lester about releasing some of his old blues demos.

Richie deal with his star Hannibal. Lester comes back for explanations. Devon looks for answers. The nasty bits are getting signed.

Andrea Zito joins American Century; Kip has an uncommon choice for lead guitar; Zak’s raw emotions surface; Richie confronts the future of his relationship with Devon and something rather odd and disturbing surfaces about Ernst.

6. He in Racist Fire

Richie visits a relative; Devon plays the vixen at dinner with Ritche, Hannibal and Cece; Kip faces a dilemma; Clark gets a new job; Richie is inspired to name his new label.

Richie becomes an informant for the FBI to watch over Corrado Galasso, Zak tries to get Richie out of the company and Kip gets high on drugs and quits the band.

Richie delivers a bombshell that shocks prospective buyers and his partners; Devon ponders her relationship; Zak considers changing his alibi for a recent injury; Richie decides to visit his estranged mentor.

After an unsettling visit with Devon, Richie weighs his options as Buck Rogers murder case is heating up. Thrown out of her aunt’s house, Jamie crashes with Kip (Nasty Bits).

Best Episodes Of The Tonight Show with Conan O'Brien

The Worst Romantic Series from 1998