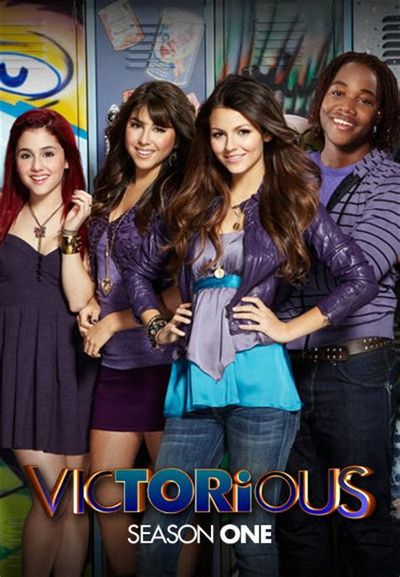 Andre develops a crush on Jade when they’re teamed up for an advanced songwriting class.

An unfulfilled and ridiculous childhood bet turns Tori into Trina’s personal assistant for a month. Luckily, Tori finds a loophole to break the deal when she and her friends team up with André in his attempt to win a private concert performed by Ke$ha, which is sponsored by an ice cream company. But if taking care of Trina’s petty demands won’t send Tori over the edge, trying to win the contest just might.

Principal Eichner marries a young Tahitian woman and quits his job as Hollywood Arts principal to run away with her. His replacement is none other than former child star and San Diego Premiere movie theater owner Helen Ophelia DuBois(see Drake & Josh (2004)) who demands that all of her students re-audition in order to stay at school, which doesn’t bode well for one of the Vega sisters… and it’s not who you might think.

Sikowitz assigns the gang “Secret Santas” in order to get them into the holiday spirit. Tori tries to find the perfect gift for Andre; Trina asks Robbie to help decorate a giant Christmas tree; Beck suffers from lack of sleep due to an annoying cricket in his RV; Andre has a hard time dealing with the fact that he got a “D” on his assignment for his creative music class.

After filling in for her sister at a talent show, a teen is given the opportunity of a lifetime when she is invited to attend Hollywood Arts High School.

Tori and her friends take a vacation in a country that turns out to be a ruthless dictatorship, that arrests them on trumped-up charges.

When Beck is spotted by the paparazzi hanging out with a rich and popular young female celebrity, Jade become jealous and breaks up with him, and for some reason Tori finds herself caught between their lover’s quarrel. Meanwhile, Trina is about to star in a Streisand-esque one-woman show that makes Legs Diamond look like Les Miserables, and demands that Robbie write a good review of her show on the school’s website… or else!

After a group activity falls apart Tori and Beck decide to go on an “Opposite Date” where they do things that people would never do on a REAL date.

Sikowitz challenges the kids to go a week without using their phones, laptops, or other portable electronic devices. The kids accept and quickly realize it’s not going to be as easy as they thought.

Improv teacher Erwin Sikowitz hosts a sleepover party at his residence so that the kids can learn about method acting.

The Worst Historial Shows from 2017