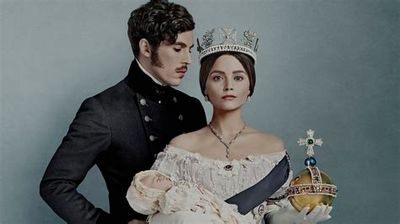 Victoria is a TV series starring Jenna Coleman, Adrian Schiller, and Tommy Knight. The early life of Queen Victoria, from her ascension to the throne at the tender age of eighteen to her courtship and marriage to Prince Albert.

Feeling he needs a greater role in public affairs, Albert becomes involved in the anti-slavery movement. Skerrett faces a dilemma when she realises that the only man who can save her cousin is the one she trusts least.

Upon the death of King William IV, his 18-year-old niece, Princess Alexandrina Victoria of Kent, inherits the throne as Queen, and finds herself tested by new responsibilities and conflicted loyalties.

Victoria discovers she is pregnant with a second child and suspects her husband is attracted to another woman. Below stairs, Cleary thinks the palace is haunted but Brodie thinks there is a natural explanation for events.

Christmas 1846, a pregnant Victoria faces the festive season without her beloved Baroness Lehzen. Albert wants to transform the palace into a magical, seasonal, wonderland, but tensions mount when he invites some unwelcome guests.

Concerned that the upcoming marriage between the French King’s son and the Queen of Spain will create a dangerous alliance, Victoria sets sail on her first voyage to the continent to try to deter the wily monarch.

5. The Sins of the Father

The royal court celebrates the birth of the queen’s second child but Victoria struggles to bond with her newborn son. A crisis compels Albert to return to Coburg and upon arrival learns a terrible family secret.

A heavily pregnant Victoria defies the advice of her mother and husband, refusing to be confined to the palace. However, when she does venture out the crowds pose a danger as a deranged onlooker attempts to assassinate her.

3. The Luxury of Conscience

Albert unwittingly creates problems for Peel as the embattled prime minister faces the most important battle of his political career. A tragedy forces personal and political sacrifices to be made.

Prince Albert arrives in England for the first time and he and Victoria take an instant dislike to one another in an awkward first meeting. However, their disdain passes and an attraction grows – to Melbourne’s dismay.

Horrified by news of the famine sweeping Ireland, Victoria tries to persuade the government to take action. Peel is reluctant to send aid fearing it may destabilise his own party.

The Best Science Fiction Shows from 2009

Best Episodes Of The Durrells