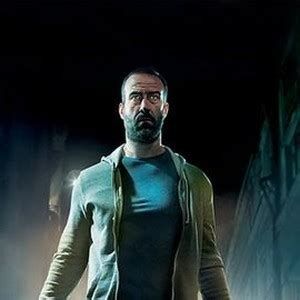 Umbre is a TV series starring Serban Pavlu, Maria Obretin, and Andreea Vasile. Relu is a family man. He has two children, a wife, and a double life. Seen through the eyes of his family, Relu Oncescu appears to be an ordinary taxi…

Fearing that his affairs are endangered, The Captain demands some answers from Relu, who is not ready to reveal his findings. Gina tries to get by without her husband’s help. Magda starts to have second thoughts about her marriage. Without much guidance from his parents, Chuckie gets in trouble with the police. Emilian is determined to put the Captain and his people behind bars for good, and Nico, to save her own skin, is ready to do anything.

After going through yet another ordeal, Teddy and Magda have a heart to heart. Driven by his thirst to prove his power, Emilian finds out some inside information that helps him close in on Relu and The Captain who have set up a huge criminal endeavour. It seems that there is no way out and Relu’s world will fall apart.

On his path to revenge, Relu gets into a confrontation with one of the most powerful mobsters, Nea Toma. As everything has a price in the underground world, Relu will not rest until justice is done. Emilian, an ambitious and unscrupulous policeman, starts working on the Captain’s case. Gina, now divorced, gets closer and closer to her new boss, Sebastian.

Relu helps Gina deal with the Sebastian mess. Magda has a fight with Teddy and decides to leave him. Nico is seen with a stranger in a hotel room, having been paid to have sex with him. Relu and Nicu visit the Salazar brothers in Spain to make the big deal about the 9 million euros cocaine shipment. Relu senses right from the start something is off.

Emilian asks his team to use any means possible to destabilize the Captain’s business. Relu and Paganel take over a truck that crossed the border, but they are stopped on the highway. Panicked, Paganel wants to step down, but his wife changes his mind. Magda and Teddy have a difficult day, not even the new member of their family, Teddy the dog, can dissipate the tension between them. Relu finds out that Gina is moving into a city-apartment and offers to help her. Romica makes a discovery in Toma’s garden.

A wedding is taking place at Snagov Club: Magda, Relu’s daughter, is marrying Teddy, The Captain’s son. Meanwhile, in a parking lot, an incident involving a truck driver and a mystery man occurs. After the party, the newlyweds, who are expecting a baby, take off in the new car, a wedding gift, for the honeymoon, to unexpected consequences.

Through less orthodox ways, Relu quickly manages to discover a vital piece of information that takes him closer to finding out the name of the person who has the answers to all his questions. Teddy gets involved in Relu’s revenge and the brutal experience works for the boy like an initiation in a violent world where one pays for everything and no one gets out unharmed.

Best Episodes Of Mind Your Language