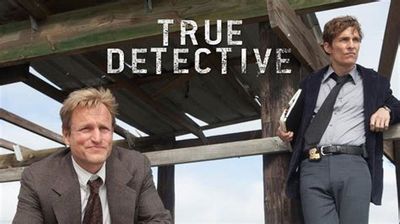 Cohle’s activities in 2002, when his partnership with Hart disintegrated and he quit the force, are recalled by Maggie.

Cohle and Hart travel around trying to track down leads to their case. Darker sides of Hart’s personal and family lives are revealed.

8. The Great War and Modern Memory

The disappearance of a young brother and sister leads to a frantic search which will haunt one detective for the rest of his life.

7. The Secret Fate of All Life

Hart and Cohle share the spoils of a solved case; Papania and Gilbough confront the detectives with troubling new intelligence.

As Ani, Paul, and Ray get closer to finding out the truth about Caspere, circumstances become more dangerous for them all and everyone around them. Frank deals with an inside betrayal, learns important information, and plans his next move.

Cohle and Hart try to discover if a series of missing persons reports could be related to the Dora Lange murder and the Tuttle family.

Martin is faced with marital problems. The search for Reggie Ledoux leads the detectives to a motorcycle gang called the Iron Crusaders, which Rust worked undercover in the past.

Cohle and Martin finally get a new wind in the case and can confirm a suspect. Martin’s mistress gets on with somebody else leaving him furious. Cohle’s theory becomes increasingly more convincing than ever.

In 2012, former detective partners Rust Cohle and Martin Hart recap one of their very first cases together involving a serial killer, back in 1995.

An overlooked detail provides Hart and Cohle with an important new lead in their 17-year-old case.