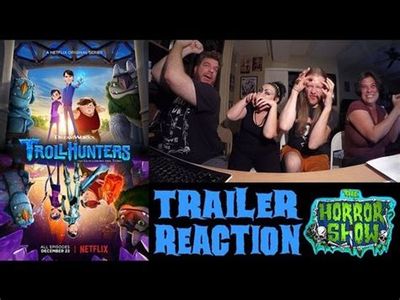 Hope springs from an unlikely source when Gunmar learns that Jim’s friends are in the Darklands on a mission to bring him home.

Facing serious accusations from the Tribunal, Jim gets the chance to see what his life would be like if he’d never found the amulet.

As Gunmar hunts for the key to free Morgana, Merlin ruthlessly manipulates Jim into making a dramatic and irrevocable choice for what he considers the greater good.

7. The Exorcism of Claire Nuñez

To free Claire from possession by Morgana, Stricklander is summoned to help, but Morgana has formidable ways to resist.

6. Something Rotten This Way Comes

The heroes brace for Angor Rot’s inevitable invasion and prepare for the fight of their lives. Jim locates the last Triumbric Stone.

5. The Battle of Two Bridges

Jim must surrender to Bular and unlock the Killahead Bridge to save kidnapped Blinky and promises Claire that he will get her brother back.

A reluctant Jim joins forces with Strickler to keep Barbara alive. Gnome Chompsky returns from the Darklands with important news about Enrique.

Every second counts when Jim turns to a time-stopping Kairosect to snatch Strickler’s ring, save his mother and find the second Triumbric Stone.

The Eternal Night covers Arcadia in shadow, leading to a long-awaited showdown between Gunmar and the newly transformed Trollhunter.

An epic battle comes ahead in the darkness as Jim and his friends push back against Morgana. But without Merlin, how will they stop her?

Best Episodes Of The Dark Crystal: Age of Resistance