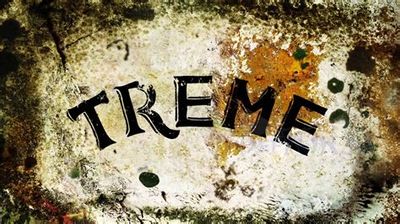 Treme is a TV series starring Khandi Alexander, Rob Brown, and Kim Dickens. Life after Hurricane Katrina as the residents of New Orleans try to rebuild their lives, their homes, and their unique culture in the aftermath of one of…

McAlary celebrates his 40th; Bernette gets a break in her case; Annie dumps her band; Lambreaux insists that Delmond carry on as Big Chief after he’s gone; Everett returns to New Orleans.

7. Wish Someone Would Care

A judge’s ultimatum gives hope to LaDonna & Toni; Albert makes a stand and pays the price; Antoine gets an airport gig but loses a mentor; Davis scores a get-out-of-jail pass; Janette takes her cooking skills on the road; Annie auditions for a Cajun gig.

As New Orleans gears up for its first Fat Tuesday since Katrina, Albert is sent a less-than-celebratory message by the NOPD. Sonny leaves Annie to her own devices; LaDonna puts her bad news on hold; the Bernettes make a Mardi Gras appearance.

As Carnival arrives in New Orleans, Albert unveils his new plumage, and Delmond discovers a new sound; and Annie heads to a rural celebration with Harley. In New York, Chef Ripert gives Janette time off to attend to personal business and Fat Tuesday.

In the Season One finale, Toni’s concerns about Creighton turn to anger; Albert and the Indians suit up for St. Joseph’s night.

The Worst Laugh Out Loud TV Shows from 1989