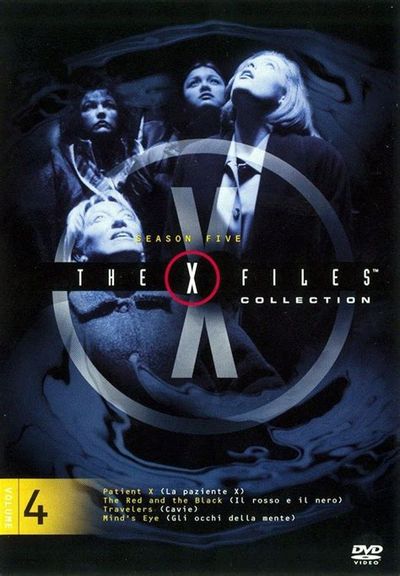 Mulder becomes trapped aboard a train rigged with an explosive device. Scully searches for the truth behind the government’s secret experiments.

When someone sends Mulder and Scully obituaries showing three separate but identical men apparently having died, the agents investigate, but things take an unexpected turn when Mulder receives a call from his father.

Deep Throat tips Mulder to a critically important case involving a missing fugitive and the cloning of extraterrestrial viruses.

An anonymous tip finally brings Mulder and Scully to the mecca of all UFO lore, Area 51. But when the agents witness the flight of a mysterious craft there, Mulder and one of the Men in Black, Fletcher, somehow switch bodies – and lives.

Agents Mulder, Doggett and Skinner investigate (along with Alex Krycek) the Super Soldier conspiracy, while Scully goes into hiding to have her child.

Scully is hospitalized after collapsing, while Mulder receives help from a most unlikely source as he continues to search for a cure for Scully’s illness.

Mulder accesses a facility that may hold a cure for Scully’s illness. Scully performs an experiment in hopes of determining the origin of the disease.

A government assassin is caught trying to kill child chess prodigy Gibson Praise during an international chess tournament. Mulder’s old flame Agent Diana Fowley arrives to help on the case but Scully is suspicious of her.

A grumpy old man with psychic powers that show him how someone will die assists the agents with the hunt for a crazed killer who targets psychics. He also cryptically reveals to Mulder and Scully their own ultimate fates.

Scully and Mulder each recount their version of events that led Mulder to drive a stake through the heart of a Texas teenager he claims was a vampire.