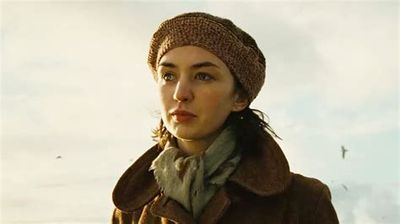 The Universe is a TV series starring Erik Thompson, Alex Filippenko, and Laura Danly. This educational show explores many scientific questions and topics about the universe (Big Bang, the Sun, the planets, black holes, other…

Scientist describe the current understanding of exotic stars; magnetars, black holes and quasars with an obsession about how they would kill you. Galaxy collisions are simulated.

The Universe examines the stormy gas giant Jupiter and its mini-solar system of over 60 moons.

8. Secrets of the Sun

The physical processes driving the energetic dynamics of the Sun and the resulting impact on the earth are examined.

A few of the cosmic threats to life on earth reviewed include meteors, gamma ray bursts and, in the distant future, evolution of the sun.

Contrasts the radical differences between Earth and the planets Venus and Mercury. Lessons for life on earth are presented.

5. Saturn: Lord of the Rings

Program takes a brief look at the dynamics of Saturn’s rings before exploring the unique and amazing features of the planet itself, including the curious behavior at the poles, and recent discoveries about Saturn’s exotic moons.

How the various structural types of galaxies form by merging with smaller galaxies is explained and simulated. The preliminary hints at the importance of dark matter in the process are mentioned.

3. Beyond the Big Bang

The universe began with a massive expansion, billions and billions of years ago, and it continues to expand with every passing second. The idea that the universe, and man’s very existence, began with a “Big Bang” is no longer a topic of debate among most scientists–it is essentially taken as fact.

1. Life and Death of a Star

Gravity plays a crucial role in both the birth and death of stars in this detailed review. Various types of stellar collisions are simulated.

Best Episodes Of The Simpsons