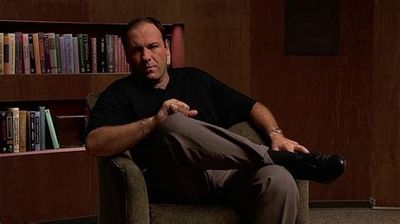 10. Employee of the Month

Dr. Melfi is brutally attacked, and when the justice system lets her down, she must consider asking Tony for help.

Ralphie issues his final decision on the fate of Jackie Jr., Anthony Jr., faces military school after getting expelled, Paulie and Ralphie have a financial conflict while the FBI assigns Adriana a new “friend.”

Ralph’s callous behavior finally steps over the line, while Chris gets deeper into his heroin addiction and Uncle Junior’s mental capacity begins to become in question.

Junior’s trial comes to an end, but Tony’s trials are just getting underway. Also, the Sopranos almost purchase a house on the beach.

Gene Pontecorvo makes a final break from the mob life, while Junior’s paranoid delusions could be the end of Tony.

The stress Tony is going through begins to take its toll, and the hit Junior has ordered doesn’t help.

Tony realizes that he must take care of family messes himself in order to keep the peace within his own clan.

Tony travels to Las Vegas after a tragedy occurs.

2. Irregular Around the Margins

A car crash puts Tony and Adriana in a compromising position, and Cousin Tony tries to keep Chris from getting the wrong impression and the wrong information.

While Silvio has the flu, Chris and Paulie run his collections for him, which results in the pair getting lost in the woods and nearly freezing to death while Tony’s affair with Gloria goes sour as does Meadow’s relationship with Jackie Jr.