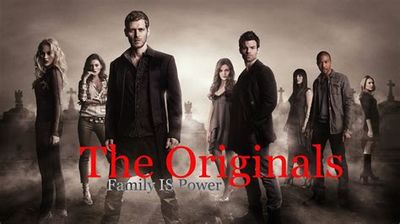 10. When the Levee Breaks

Setting the stage for a bloody showdown, Dahlia gives Klaus and Hayley a deadline to turn over baby Hope. Elijah attempts to convince Klaus that they need to work together in their fight against Dahlia, but Klaus forges ahead with his own dangerous plan, leaving everyone concerned about his next steps. Meanwhile, when Hayley realizes their chances of outrunning Dahlia are slim, she devises a risky plan and enlists Aiden’s help. Elsewhere, Freya gives Rebekah and Elijah an ultimatum, and Marcel strategizes on how best to deal with Klaus’ erratic behavior.

When a dangerous affliction threatens to expose one of her siblings, Freya searches for a way to reverse the crippling curse, even as she finds herself the target of the Strix’s latest plan. Elsewhere, Klaus keeps a watchful eye over Cami while she attempts to help Detective Kinney, whose life has begun to spiral out of control as a result of Lucien’s compulsion. Meanwhile, a confrontation with Marcel causes Vincent to reevaluate his decision to stay out of witch business, and Hayley’s attempt at a quiet Christmas with Jackson and Hope results in an unexpected …

At the re-opening of St. Anne’s Church, Father Kieran finds himself in a great deal of trouble after a run-in with a witch from his past. Marcel and Rebekah grow concerned when the reemergence of someone they once knew threatens to expose secrets they’ve kept buried for nearly a century. Elsewhere, Sophie is shocked when a discovery is made at the cemetery, but she soon realizes things may not be as they seem. With the full moon looming, Hayley lets Rebekah in on her plan to throw a party for her werewolf clan, but things take a dangerous turn when uninvited guests …

After receiving new visions of the looming prophecy, Freya uncovers that her family is on a collision course with a dangerous new enemy. Meanwhile, with the help of Detective Kinney, Vincent and Kol travel to the ancestral world to put a stop to the witches and take back their city once and for all. Elsewhere, Klaus and Elijah confront Marcel after a heartbreaking plan gone wrong has sent him spiraling. Hayley and Davina also appear.

6. The Tale of Two Wolves

With Hope facing a life-threatening affliction and deteriorating quickly, Klaus travels to Mystic Falls to seek help from Caroline. Tasked with keeping Hope preoccupied in Mystic Falls, Elijah comes to a heartbreaking realization about his niece. Meanwhile, at the Salvatore School for the Young and Gifted, a run-in with Alaric Saltzman throws a wrench into Klaus’ plan.

5. The Battle of New Orleans

Klaus and Elijah enact a plan to collect the sacred stones needed by Genevieve in order to forever change the fates of Hayley and the werewolf community. Realizing that Klaus’ plan will lead to the extermination of all French Quarter vampires, Marcel rallies an army determined to take down the Mikaelsons and regain control of the city. Davina warns Josh to leave town as she is forced to make a fateful decision that will turn the tide of war. Meanwhile, Francesca threatens Cami, who attempts to decipher a code that results in a surprising revelation among the city’s …

Since the original vampires were stuck in the cemetery, Klaus takes any chances to punish his sister with the Original-killer stake.

3. The Feast of All Sinners

The Mikaelsons find themselves out of options as they face the all-powerful and un-killable entity known as The Hollow. With the life of Hope at stake, Vincent proposes a final, desperate plan.

Angered by recent events involving the safety of his unborn baby, Klaus demands answers from Sophie, believing she was involved. Sophie reveals to Klaus and Rebekah a troubling secret from her past. Meanwhile, Marcel asks Klaus to accompany him to the bayou after gruesome remains are discovered, while Rebekah, Sophie and Hayley set off on a mission of their own. Davina confides in an unexpected ally and reveals shocking information about the witches – ultimately leading to a disturbing revelation.

1. From a Cradle to a Grave

As the baby’s due date draws near, Klaus and Elijah embark on a search for Hayley, while Hayley determines to do whatever it takes to keep her unborn baby safe and away from the witches. Francesca takes a meeting with Oliver and Jackson to determine the future of the werewolves in New Orleans. In the aftermath of a surprising attack on Marcel and his vampires at the compound, Davina and Cami join resources to take down Klaus. Finally, in a desperate move to protect those most important to him, Klaus makes a heartbreaking decision.

The Best Laugh Out Loud TV Shows from 2001