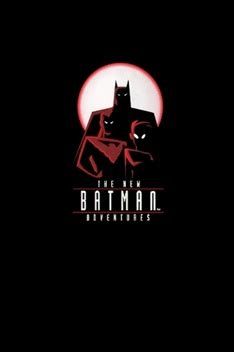 10. Legends of the Dark Knight

Several children give their widely varying opinions of who they think Batman is.

Arnold Wesker, The Ventriloquist, is released from Arkham Asylum, deemed a healthy man – only to discover that his alternate personality Scarface may still be struggling to return.

The Joker throws a reporter into a vat of chemicals and turns him into the manically wacky superhero, The Creeper.

Batman and his allies apparently have their secret identities exposed and are now are hunted by the police.

A destitute Joker unaccountably inherits a fortune from a hated rival, only to find out the hard way why.

Batman investigates the sudden appearance of “The Judge,” a faceless vigilante who battles Gotham City’s supervillains with lethal force.

Harley Quinn tries to impress her love while the origin of her career as The Joker’s sidekick is revealed.

Robin tries to help a mysterious lost little girl against the equally unknown man pursuing her.

The Scarecrow threatens to unleash a powerful new toxin on Gotham City that removes all fear, leaving its victims unafraid of deadly danger. Complications arise when Batman is exposed to the gas.

Dick Grayson reveals to his successor the secret of the strained relationships with his mentor and Barbara Gordon.