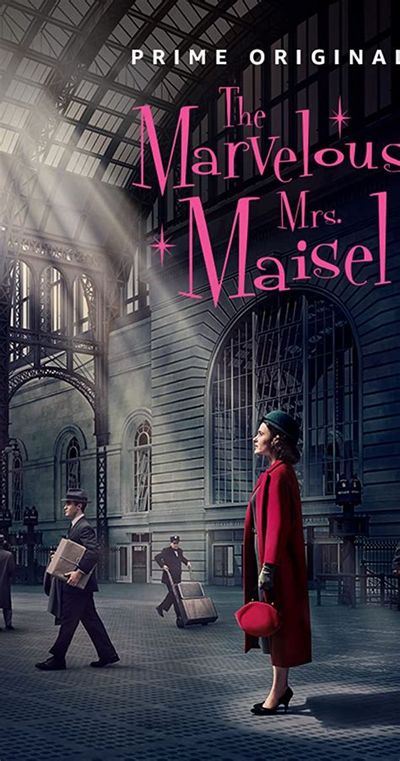 Midge and Susie continue building Midge’s standup career despite Midge’s reluctance to tell her family and friends. Abe and Rose enjoy a new lifestyle. Joel offers some business advice to his parents and makes an effort to do right by Midge.

With Susie’s help, Midge hones her act at the Gaslight. Abe surprises the women with a dinner guest, sending Rose into an emotional spiral. Working towards a promotion, Joel conjures up a new plan. Midge stirs up controversy after meeting a big-time comedian.

After another arrest, Midge finds herself in legal trouble, forcing her to rely on Susie’s street smarts. Abe approaches Moishe with an interesting proposition. Lenny Bruce offers some unconventional inspiration for Midge’s act.

Susie lands Midge her first gig on television, but their victory is short-lived when they realize Midge is being punished for her past. Abe is increasingly unhappy in his dream job at Bell Labs while Joel continues to drown in work during late nights at Maisel and Roth.

Abe and Rose find respite from Queens while visiting Midge. Joel and Mei squabble over a liquor license for the bar. Midge helps Shy out of a scrape.

Midge runs into an old friend in Miami. Abe grows frustrated with his beatnik friends while Rose reaches her breaking point with Shirley.

Midge and Rose begin planning for Midge’s future as Benjamin attempts to impress Abe. Joel stresses over his next move, while Abe is presented with some big decisions of his own. Meanwhile, Susie tries to smooth things over for Midge.

3. Midnight at the Concord

Summer season at Steiner Mountain Resort continues as Moishe and Shirley join the group, disturbing Abe’s peace. Susie tries to ward off a new friend while keeping a low profile at the resort. Midge jumps at the opportunity to redeem herself at B. Altman.

2. We’re Going to the Catskills!

Midge, Joel, Rose and Abe go to the summer vacation resort they go to every year for two months.

1. Thank You and Good Night

Midge and Susie deal with the repercussions of Midge’s off-script takedown of a famous comedian. With tensions still high at the Weissman household, Rose makes some bold changes. Midge and Joel reunite for Ethan’s birthday party.

Best Episodes Of House of Cards

Best Episodes Of Yakusoku no Neverland