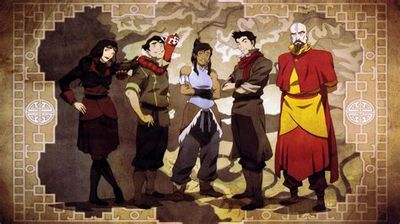 After being imprisoned by Tarrlok, Korra attempts to analyze the mysterious visions she has been having. Meanwhile, Tenzin, Lin, Mako, Bolin and Asami search for Korra, having been given false information by Tarrlok.

9. Day of the Colossus

The duel between Amon and Korra – will Korra be powerful enough to beat Amon?

While Korra is struggling with PTSD by the metal poison Zaheer injected in her, she sets off on a journey to try to connect with Raava. Amidst all of this, Tenzin and the others realize that Korra has gone missing after 6 months.

Korra and the Fire Ferrets are in the pro-bending championship, but will the Equalists allow the game to go on?

Korra learns about the epic and mythic origins of the first Avatar.

As Ba Sing Se continues to erupt into chaos, Mako and Bolin struggle to leave the city to deliver Zaheer’s message to Korra they were going to attack the Northern Air Temple.

Korra delves deeper into the Avatar’s past and realizes what she must do in order to restore balance between the physical and spirit worlds.

2. Venom of the Red Lotus

After being captured and poisoned by the Red Lotus, Korra must fight to keep herself from being killed in the Avatar State, which would end the entire Avatar Cycle forever.

Team Avatar hatches a plan to save the Airbenders, but all is not what it seems like. Zaheer rediscovers an old Airbender talent. The motive of the Red Lotus is finally revealed.