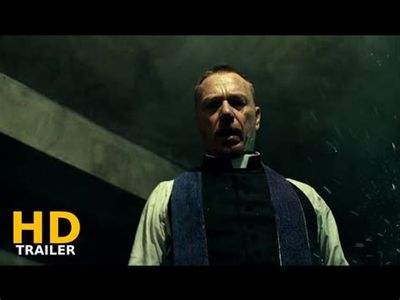 Tomas and Marcus seek permission from papal emissaries to conduct an exorcism, only to be met with shocking news, while Casey exhibits odd behavior.

One of the exorcists must make the ultimate sacrifice with time running out to save Andy’s life.

Tomas and Marcus attempt to finish Cindy’s exorcism and escape the wrath of her family.

7. Chapter One: And Let My Cry Come Unto Thee

Angela Rance suspects a demonic presence has entered her home, and enlists the help of Father Tomas Ortega, who calls on experienced exorcist Father Marcus Keane.

6. Chapter Six: Star of the Morning

The Rance family is engulfed in a storm of publicity, while Marcus’ search for Casey leads him into the terrifying underbelly of the city.

Andy’s foster home receives a surprising new addition as he confronts the strange incidents on the island.

4. Chapter Five: Through My Most Grievous Fault

As the exorcism begins, Tomas and Marcus engage the demon in spiritual warfare, with the pressure of the process driving a wedge between the Rance family.

Marcus and Tomas are caught in a deadly situation as they attempt to bring a demon out of hiding, which has chosen Rose as its target.

Tomas, Marcus and Mother Bernadette race against time to defeat the demon, and the Rance family find themselves drawn into the conflict.

Tomas is offered a life changing opportunity, Marcus makes a shocking discovery, and a new threat to the Rance family emerges.

The Worst Fantasy TV Shows from 2013