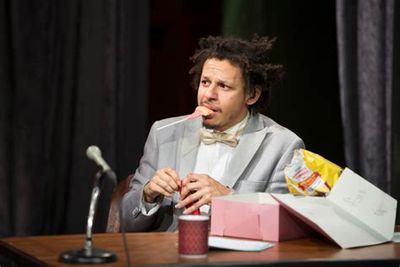 The Eric Andre Show is a TV series starring Eric André, Hannibal Buress, and Robert Smith. Eric Andre tries to host a talk show in a bizarre environment, where he is sometimes the player of pranks and sometimes the victim.

Eric terminates a baby-holding sketch prematurely and has an existential crisis.

After only one and a half episodes, Hannibal quits the show and is poorly cloned into a giant mutant version of himself named Blannibal.

Interviews with Seth Rogen and Asa Akira; Musical guest Exhumed and The Supremes.

Interviews with Chance The Rapper and Mel B; Special guest Questlove and musical guest Henry Rollins.