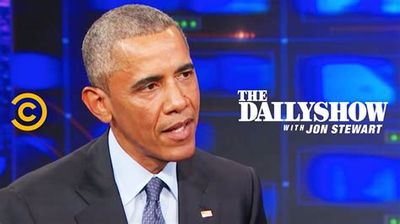 Filmmaker Ben Steele sits down to discuss his documentary “Hunted: The War Against Gays in Russia.”

Will Ferrell stops by the show to talk about his part in the movie “Get Hard.”

Conan O’Brien visits The Daily Show to discuss an episode of his show that was filmed in Cuba.

Actor Peter Dinklage stops by the show to talk about the new season of “Game of Thrones.”

Watch with Prime starting 5/14. Jon welcomes Peter Schuck to the show, author of the book “Why Government Fails So Often: And How It Can Do Better.”

Jon Stewart hosts his final show of The Daily Show.

The Worst TV Thrillers from 2013