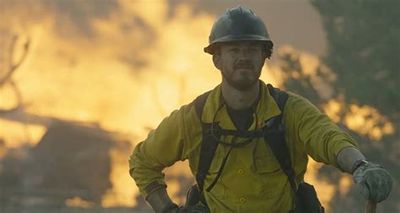 The Brave is a TV series starring Anne Heche, Mike Vogel, and Tate Ellington. The complex world of our bravest military heroes who make personal sacrifices while executing the most challenging and dangerous missions behind enemy…

When an American doctor gets kidnapped by a terrorist group, Captain Adam Dalton and his Special Ops crew take action to rescue her.

A Russian stealth drone flies over a nomad camp and crashes into a distant mountain. The team is informed that this drone flew over the United States without being detected by RADAR. Their mission lands them in Mongolia where they tend to wounded nomads before heading across the border into China to retrieve a piece of the drone’s skin for the NSA to study. Old school tactics: will they help the team survive the Russians and Chinese?

As the team heads to Paris on a mission connected to Amir’s undercover past, things get more personal.

With Patricia out of commission, Noah is at the helm of the D.I.A. when FARC revolutionaries take control of a flight in Colombia. When negotiations mean life or death for the passengers on board, Hannah must make her return to the field.

The team heads to Ukraine to rescue a CIA officer from the people trying to capture her, without starting a major incident.

Campbell travels to Afghanistan to personally interrogate an American Taliban about a pending attack. But, they have to make sure they all don’t die in the prison where the interrogation takes place.

When the Ambassador Charles Webb (Guest Star Ben Cain) is in danger while stationed in Nigeria, Dalton’s (Mike Vogel) team heads to the region to find a situation different than they expected. Jaz (Natacha Karam) makes a connection with a little girl she meets during the mission and Patricia (Anne Heche) receives some personal news.

After embarking on mission after mission to keep the world safe, the team is confronted with a task that hits close to home. When things go sideways, the only option is to risk one of their own for their final shot to settle the personal score.

When an unlikely suspect is involved in hacking a U.S. submarine, Dalton (Mike Vogel) and his team stumble upon a piece of Patricia’s past. With national security and lives at stake, Patricia (Anne Heche) heads to Turkey to confront one of her most epic demons.

With just four short weeks before Dalton and his team finish their deployment, they continue to race the clock on a high-stakes mission. As they learn more about Hoffman, Patricia and the group attempt to use his intel to save innocent lives, but the information comes at a cost.

The Worst Fantasy TV Shows from 1997

The Best Family TV Shows from 2010