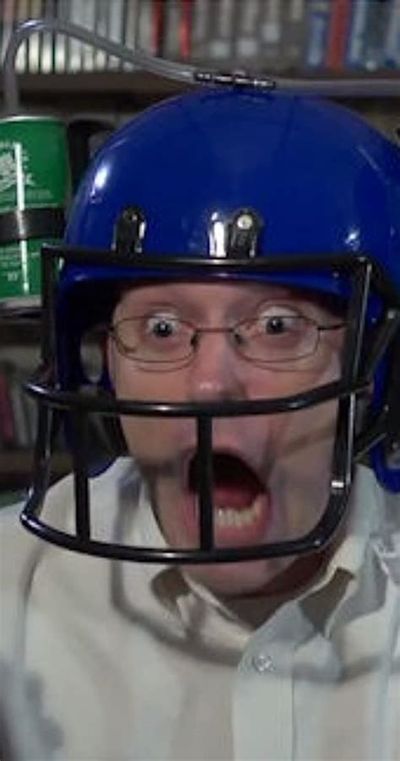 In an ironic change of pace, the Nerd decides to review video games based on himself. Yeah, over the years, an abundance of AVGN games have been created independently by aspiring game designers. As a special tribute, the Nerd gives them each their 15 seconds of fame.

The Nerd stumbles across a super rare Super Famicom game that is said to be the worst game ever made. He’s reviewed some horrible titles before, like Plumbers Don’t Wear Ties, CrazyBus, Big Rigs, Desert Bus and Superman 64 to name a few, but this takes this crap factor to a whole new level.

After getting so many request to review Action 52, the Nerd has no choice but to give what his fans want. The game is an unlicensed NES game compiled with 52 games. This seem to be a cool idea, until the Nerd discovers what those games are. So he does a marathon run on the first 51 games and every single one either has characters dying in mid-air, characters too small to identify, too many space shooter genre games, games that make no sense, enemies that don’t die, games that keep crashing, & whole bunch of other disastrous elements. After being tortured by only 51 …

The Nerd reviews the 52nd game on Action 52 titled the Cheetah Men, which came with it’s own single volume comic and a preview to a line of action figures that never got made. It looked like the best game cause all of the efforts seem to be poured into it the most compared to the other games. However the game isn’t any better than the other 51 games. It suffers from unusual glitches and the attack moves are worthless to certain enemies. After finishing all 52 games, the Nerd decided to play the unreleased Cheetah Men 2 game. It’s so rare that only 1500 cartridges were…

After clearing up the 7-year mystery of Taxman, the Nerd looks at an abundance of Tiger Electronic handheld games. You remember those, right? Basically a poor man’s Game Boy? But those were only the beginning…

The Nerd does a brief history lecture on General George Armstrong Custard, only cause he’s about to review one of the adult theme games for the Atari 2600. The game in general is “Custard’s Revenge” which like the other Atari adult games was unlicensed and the Atari company had nothing to do with them. And just for fun, the Nerd reviews other Atari adult games only to find that each one either made no sense in how the game play is mastered or how the ideas for the games looked like they were thought up by sick minded game developers.

The Nerd does a review on the first home console Star Wars games all the way to the ones made in the mid-90s. When it comes to Star Wars, it’s such a huge franchise that making video game adaptations is a good way to expand it. Doing this task lead to certain video game developers to develop both hard and unusual Star Wars games. The hardest game the Nerd plays is the Famicon version which gives you no life bar and only three continues and a start-all-over-from-the-beginning type of game. Out of all of the games, the Nerd praises the Super Star Wars game for the Super…

The Nerd reviews all the crap Nintendo tried to market along with the NES. Zapper guns, LaserScopes, Roll’n Rocker, and other accessories one needs to look “cool” while playing video games.

After being surprised that people ignored his warning and played the Dr. Jekyll and Mr. Hyde game for the NES. The Nerd reluctantly decides to revisit the game to give it a more explored review on it. But the idea of re-playing the game makes the Nerd feel uneasy about it. As he starts off playing the game he points out a few tips on how to play the game longer, except doing so is a real chore. While the obstacles in the game still make no sense, like how Jekyll has no defense yet Hyde does. The armada of townsfolk and random animals attacking Jekyll makes the game …

The Nerd looks for the worst full motion video game on the ill-fated 3DO, only to discover the worst video game he’s ever seen…at least it would be, if it had any gameplay. Or video.

Best Episodes Of Shaun the Sheep

The Best Fantasy TV Shows from 2006