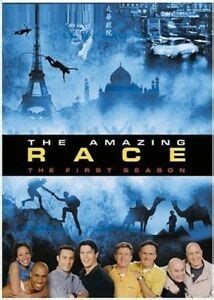 The nine teams stay in China as they continue the leg by travelling from Lijiang to Kunming. The pressure builds when one person is pushed over the edge by a prehistoric Road Block. A Double U-Turn causes panic among the teams as they race to avoid elimination.

The seven teams stay in Malawi as they travel from Kumbali to Salima. One team falls behind when they are puzzled by a patriotic Speed Bump. Teams have to choose if they want to sabotage when a Double U-Turn comes into play.

The four remaining teams take off from Singapore and are instructed to fly to Ho Chi Minh City, Vietnam and once there, they must search for the Ho Chi Minh Statue at the Rex Square.

7. I Feel Like a Monkey in a Circus Parade: Kolkata, India

The eight remaining teams travel from Kunming, China to Kolkata, India. One team, overwhelmed by a swarming sea of people on India’s congested streets, narrowly avoids a traffic collision. Clumsiness threatens to spoil another team’s chances of acing the Detour.

Five teams race from Hong Kong to Sydney and into the Australian Outback in a mad intercontinental dash. Two teams fail to follow instructions at one of the challenges, resulting in a major set back for them. With an elimination looming, every decision the teams make could cost the race.

5. Another One Bites the Dust

4. Beards in the Wind

Teams travel to Svolvaer, Norway where Racers plunge into the Arctic.

Get a preview of the new season of The Amazing Race which will feature All-Star teams from past seasons.

Enemies are made when one team steals another team’s taxi in Ho Chi Minh, Vietnam.

From Central Park in New York City eleven teams embark on the Amazing Race by speeding to the airport to catch flights to Johannesburg, South Africa. After arriving in Johannesburg, teams book charter flights to Zambia leaving the next morning and then travel to Victoria Falls. From there, they make their way to Batoka Gorge where teams choose between two detours: either hike to the bottom of the gorge or use a zip line to cross, and then bungee to the bottom of the gorge. After the task is complete, teams race to the pit stop at Songwe Village, and the last team to …

The Worst Action Shows from 2015