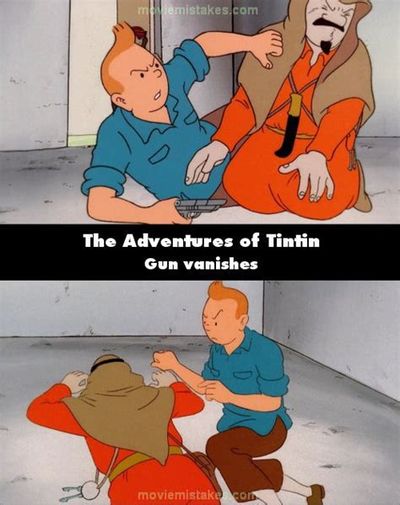 The Adventures of Tintin is a TV series starring Colin O’Meara, Thierry Wermuth, and Christian Pelissier. The adventures of the young reporter, his faithful dog and friends as they travel around the world on adventures.

Tintin and Haddock set out to rescue Professor Calculus.

On Professor Calculus’s nuclear powered rocket, Tintin and his friends travel to the moon, but there is trouble aboard.

Tintin and Captain Haddock have been asked to be part of the expedition to the moon. As they help Professor Calculus prepare for the launch, Tintin persists in finding the internal spy.

After learning about the opium being smuggled from India, Tintin heads over there in a plane he stole from an Arabic army that was in cahoots with the syndicate. Once he arrives there, he encounters Dr. Sarcophagus and asked him what has happened to him. Unfortunately the doctor isn’t himself and is suffering from a poison that causes a him to go mad and not be able to think straight. Tintin had no choice but to seek medical help for the doctor, only to discover that there are syndicate members out to get rid of him.

Tintin, Captain Haddock, Calculus, the Thompsons’ and Wolff uncover the wonders of the moon. They also discover another person aboard the rocket ship who threatens to leave them all stranded on the moon.

The sherpas escorting Tintin’s party abandons them out of fear for the Abominable Snowman, the Yeti, all except Tharkey.

While trying to rescue a kidnapped millionaire, Tintin receives help from an unlikely source.

Tintin and the Captain travel to Peru in search of Professor Calculus.

In search for the prisoners and Professor Calculus, Tintin and Captain Haddock head for the “Temple of the Sun”.