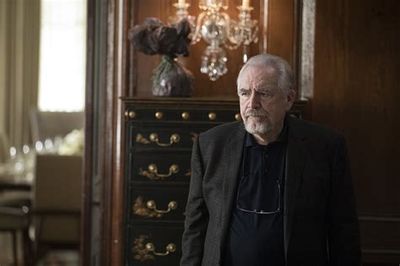 Succession is a TV series starring Brian Cox, Kieran Culkin, and Sarah Snook. The Roy family is known for controlling the biggest media and entertainment company in the world. However, their world changes when their father steps…

Roman and Kendall attempt to sway the board, while Shiv explores her options in D.C.

The entire Roy clan travels to Logan’s hometown of Dundee, Scotland, for a celebration of Logan’s 50 years in the business; Kendall becomes enamored with Jennifer, an actress in Willa’s play; a former employee proves difficult to silence.

The Roys assemble at an English castle for Shiv and Tom’s wedding; Kendall’s plans are fast-tracked.

Shiv, Roman and Connor veer from their roles at a weekend retreat to woo the Pierces.

Logan’s deal with the Pierces is threatened; Kendall, Shiv and Roman differ on damage control strategies.

5. Nobody Is Ever Missing

4. This Is Not for Tears

Logan looks for a sacrificial lamb among his closest allies as the future of the company hangs in the balance.

Roman begins a six-week management training program in the Parks division; Logan and Kendall arrange a covert meeting with a PGM CEO as a controversy surrounding a star anchor leads to a day of chaos at ATN headquarters.

Logan informs his skeptical management team of his plan to make another attempt to acquire Pierce; Greg worries his pre-meeting will puts his standing with the family at risk; Connor’s presidential announcement irritates Logan.

Logan, Kendall, Gerri and Tom testify before Congress; Shiv speaks candidly to Kira, a victim who is set to be a key witness; in Turkey, Roman’s business pitch takes a chilling turn.