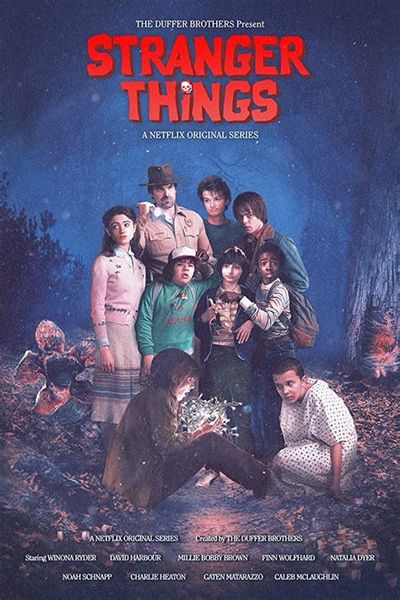 With time running out – and an assassin close behind – Hopper’s crew races back to Hawkins, where El and the kids are preparing for war.

Refusing to believe Will is dead, Joyce tries to connect with her son. The boys give Eleven a makeover. Jonathan and Nancy form an unlikely alliance.

The government comes searching for Eleven. Eleven looks for Will and Barb in the Upside Down.

A code red brings the gang back together to face a frighteningly familiar evil. Karen urges Nancy to keep digging, and Robin finds a useful map.

Hopper and Joyce find the truth about the lab’s experiments. After their fight, the boys look for the missing Eleven.

An unlikely hero steps forward when a deadly development puts the Hawkins lab on lockdown, trapping Will and several others inside.

Will’s connection to a shadowy evil grows stronger but no one’s quite sure how to stop it. Elsewhere, Dustin and Steve forge an unlikely bond.

Eleven makes plans to finish what she started while the survivors turn up the heat on the monstrous force that’s holding Will hostage.

2. Chapter Five: The Flea and the Acrobat

Hopper breaks into the lab to find the truth about Will’s death. The boys try to locate the “gate” that will take them to Will.

1. Chapter Eight: The Battle of Starcourt

Terror reigns in the food court when the Mind Flayer comes to collect. But down below, in the dark, the future of the world is at stake.