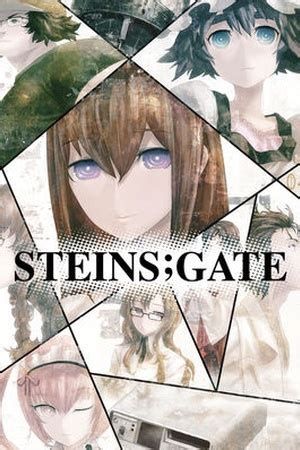 Despite his many attempts, Okabe is unable to prevent the death of Mayuri, so he turns to Makise for help solving the riddle of time travel. Later, Suzuha’s true identity is revealed

With the help of Kurisu and Moeka, Okabe attempts to get closer to the IBN 5100 and the mysterious FB. As he closes in on SERN’s network, he realizes that the path to victory will not be without additional sacrifice.

Okabe must make a time leap in order to save Moeka from herself. He realizes that all is not what it seems as Moeka’s shady behavior leads him closer to the IBN 5100.

In order to continue his work against SERN, Okabe must finally choose between saving Kurisu or Mayuri.

With his new discovery in mind, Okabe continues his attempts to protect Mayuri while also trying to avoid Kurisu’s potential impending fate.

The truth about Suzuha’s father is finally revealed. Okabe realizes the devastating consequences of stopping her from leaving the night of the party.

Okabe has one final chance to travel back in time, set everything right, and save the girl he never even got to love. His mission is vital, but it may mean the end for the mad scientist.

Tension builds at the Lab when Makise and Suzuha both show up for the party, but that’s just the beginning. As the night draws to a close, armed thugs – led by a familiar face – come looking for the time machine.

Okabe, desperate to prevent the tragedy he’s already seen happen, summons the courage for a daring Time Leap. Can he save the life of his oldest and dearest companion?

Tasked with preventing an impending World War III by an alternate Suzuha, Okabe finds himself playing an active part in Kurisu’s death.

Best Episodes Of The West Wing