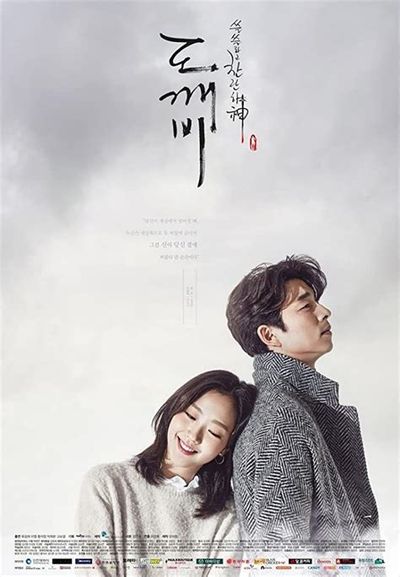 Sseulsseulhago Chalranhashin: Dokkaebi is a TV series starring Gong Yoo, Kim Go-eun, and Lee Dong-Wook. In his quest for a bride to break his immortal curse, Dokkaebi, a 939-year-old guardian of souls, meets a grim reaper and a…

Sunny and the Reaper meet again and go to a café. She grows impatient and tries to have a conversation, but when she asks his name he abruptly leaves.

9. You Gave Her That Fate

Eun Tak finally takes hold of the sword but Shin pushes her away. She is happy to know that she is the bride, but he doesn’t seem to share her joy.

8. The Deity Is So Cruel To You And Me

Shin learns something very shocking about Sunny from the Reaper. They go to the chicken shop, but the incredulous Sunny tells them to leave.

Shin sees Eun Tak in the future and asks her to pull out the sword. But Eun Tak doesn’t understand the consequences that would bring.

Eun Tak follows Shin and suddenly finds herself transported to Quebec. Realizing she is in a foreign country, she is convinced of Shin’s true nature.

Eun Tak is suspicious when Shin suddenly appears on the street in Canada, but he reminds her of her promise to treat him to a meal.

The Reaper receives a punishment from the underworld authorities for revealing his identity and using his special powers for his own purposes.

3. Goodbye And See You Again

Shin proposes to Eun Tak amid the falling cherry blossoms. On a whim he wants to have the wedding in a few days, so they jump right into preparations.

When Eun Tak returns home after her test, Shin, Deok Hwa and the Reaper greet her with a cake. She and Shin head out to the movies.

Eun Tak remembers the Reaper’s words when she sees a creepy ghost while at work. Shin and the Reaper realize that Deok Hwa is not who he seems.

Best Episodes Of Clannad: After Story