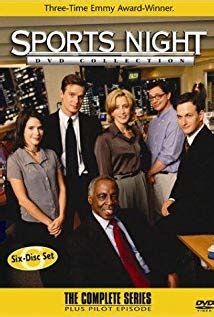 Natalie organizes a post-show trivia game but excludes Jeremy, who ends up meeting a woman at a bar.

Dana, Gordon, Casey, and a woman from Gordon’s office go on a double-date, leaving Natalie to produce the show and Dan to contend with a replacement anchor.

Dan and Casey are Atlantic City-bound after the broadcast, Natalie and Jeremy have a fight, and Isaac discovers he’s shrinking.

Dana begins to see the flaw in her dating plan; Dan wants to use Isaac in a feature on the 1951 New York Giants pennant win.

Jeremy writes a letter to his sister Louise, flashing back over the day’s events, including Dan’s problems with writer’s block and Isaac’s problems with his daughter’s new boyfriend.

The staff are stressed out by Sam Donovan’s presence, and things get worse when J.J. stops by to give them notes.

Jeremy has to fire an intern, and the team covers breaking news of a football steroid scandal.

Dan obsesses over a woman who works in the building, and everyone worries about Isaac’s job.

Rebecca returns, Natalie and Jeremy rekindle their relationship, and the network is sold.

Best Episodes Of Eastbound & Down