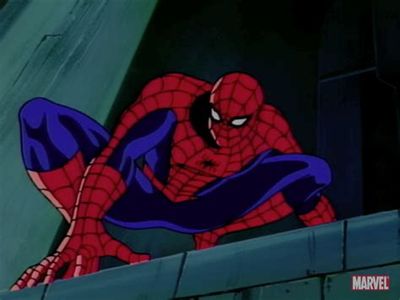 The beginning of the Alien Costume saga; how it came from the surface of the Moon to New York City and into the life of the one who saved the astronauts of the space mission: Spider-Man.

The Hobgoblin returns, this time with the time dilation accelerator. The Kingpin turns to Norman Osborn, who created the Hobgoblin, for help. But when the Green Goblin takes over, it’s war.

The symbiote takes over Eddie Brock to give birth to Venom. Now, Spidey must go up against the most dangerous enemy he’s ever faced. One who is stronger, more skilled, undetected by his spider-sense, and knows Spidey’s true identity.

7. Sins of the Fathers Chapter 14: The Turning Point

6. Sins of the Fathers Chapter 4: Enter the Green Goblin

After an explosion at Oscorp Industries, Norman Osborn has gone missing. Soon after, a menace called the Green Goblin appears and starts kidnapping the chair members of Oscorp’s board.

5. Sins of the Fathers Chapter 7: The Man Without Fear

Satisfied that Spider-Man is on his side, Daredevil joins forces with him to clear Peter’s name and bring the Kingpin to justice.

Baron Mordo is back. He is planning to steal Tony Stark’s technology on dimensions so that he can bring the being known as Dormammu to Earth. But he will also need the help of Spider-Man’s greatest enemy: Venom.

Spider-Man is becoming attached to his new suit. But Eddie Brock has framed Spider-Man for the Promethium X robbery. Alaster and Kingpin send Shocker after Eddie to dispose of him. Now, Spidey will begin to see what the suit is really worth.

The Beyonder sends Spider-Man into another reality where the world is in destruction from Spider-Carnage. Now Spidey has to team up with Spider-Men from other dimensions to stop him.

1. Sins of the Fathers Chapter 11: Carnage

The Venom symbiote has produced a new symbiote, attaching itself to serial killer Cletus Kasady to give birth to Carnage. As Venom’s replacement, Carnage helps Mordo with his plans. Now, Spider-Man must team up with Venom and Iron-Man.