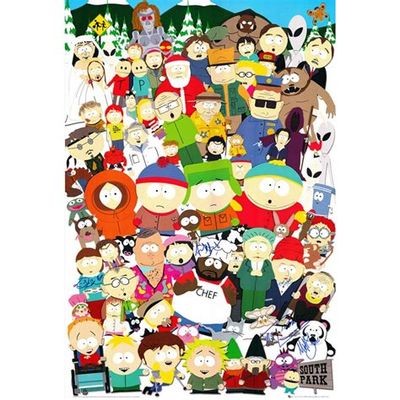 The boys cope with loss when Kenny is hospitalized with a terminal disease. Cartman attempts to save him by legalizing stem cell research.

Stan helps a group of woodland critters by killing a mountain lion, only to discover that he’s helping them give birth to the Antichrist.

The boys lie to get ninja weapons from the fair, but must decide whether or not to tell their parents when Butters is injured with a throwing star.

Terrorists attack Imaginationland, in an attempt to take over peoples’ imagination; Kyle refuses to follow through with his promise to suck Cartman’s balls.

Butters’ mother snaps and tries to kill her son after the revelation that her husband frequents gay bath houses.

5. The Death of Eric Cartman

When the boys decide to ignore Cartman, he assumes that he is dead, and enlists Butters to help him make up for his past sins.

Cartman fakes having Tourette’s syndrome so he can say whatever he wants, but faking the condition begins to wear on his mental filter.

3. Trapped in the Closet

Several religious leaders recongize Stan as the second coming of L. Ron Hubbard, and a whole soap opera unfolds with the help from a famous R&B sensation.

2. The Return of the Fellowship of the Ring to the Two Towers

The boys set off on a mythical quest to return a copy of the “The Lord of the Rings” movie to their local video store, while defending it from sixth graders.

Cartman plans an elaborate revenge when an older boy cons him out of money.

Best Episodes Of Six Feet Under