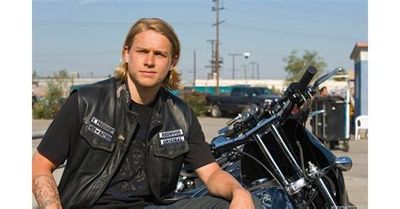 Jax and Tara get a glimpse of life without SAMCRO but discover that their reality is hard to escape.

Tension mounts as the club makes a bold move to finally get out of guns.

Jax is confronted with a new challenge that threatens his family and his club.

While the repo business proves more fruitful than the club ever imagined, ATF Agent Stahl gets up close and personal with the MC. Meanwhile, tension between Jax and Clay forces Gemma to make a tough decision.

After a tragedy hits the club, the bonds of brotherhood are called into question and Jax must take a stand.

An important club vote gets side tracked when SAMCRO is forced to deal with dangerous external threats against the club.

The entire SAMCRO family goes on lockdown inside the clubhouse as war with the League approaches. Opie decides not to pursue revenge against Clay or Tig for Donna’s death. Jimmy puts an end to Cameron’s deal with Zobelle, agreeing instead to sell exclusively to SAMCRO. As Chibs backs out of the deal with Stahl and attempts to convince Fiona to let him protect her, Clay tells Jimmy that Edmond has flipped. After Jax witnesses Zobelle meeting Álvarez, SAMCRO inform Weston of the real nature of Zobelle’s business dealings. Tara applies the lessons she has learned from …

Jax has to handle some unhappy customers as the weapon deal goes through Mike’s organization. Meanwhile, Tara finds a way to avoid jail without giving up the MC.

Both the ATF and the Russians prove to be obstacles as the club looks to heal old wounds and settle old scores.