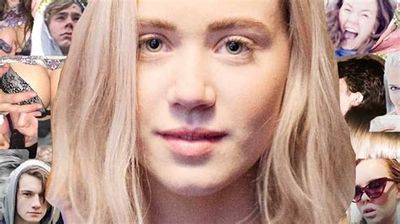 Eskild and Linn try to cheer Noora up, but she is still dealing with last Friday. Noora reluctantly goes to Eva to celebrate May the 17th, the National Day. She also decides to confront Nikolai, to find out exactly what happened.

Noora returns from London without William, and Isak is wondering how living conditions in the flat will be with four people. Even talks Isak into having a Halloween preparty, with him, his girlfriend and Emma.

After ditching the party and lying, Isak have to make amends with his friends, and Emma. Isak is struggling to come to terms with homosexuality and his interest in Even. Vilde gets Isak to hold a party for the school revue at his place.

Sana suspects that Sara is hiding something from her. Sana’s mother is worried about her recent behavior, which Sana finds very irritating. Elias then reaches out to Sana and gives her some advice. Everyone gathers for a karaoke party.

Isak has to hide the drugs belonging to him, Jonas, Mahdi and Magnus at Eva’s party when the police arrive, and he struggles to get it back. The first year girl Emma, shows interest in Isak. Isak joins the school revue group.

Even is sending Isak some confusing signals, and Isak asks Eskild for advice. Rumors that Isak might be gay is spreading through school. After coming out to Jonas, he encourages Isak to tell Mahdi and Magnus as well.

Isak’s dad wants Isak to answer him about going to a church concert with his mom and him. Sana reluctantly tries to tell Isak she was wrong in previous discussion. Even surprise Isak by booking a hotel suite for them.

After Even had a manic episode, Isak does some research on bipolar disorder. Isak struggles with getting in touch with Even. Magnus offers some good advice. Isak goes to a church concert with his parents.

Isak and Even spend time together, and talk about their relationship. Isak have to answer to his friends for ditching his Magnus’ birthday that weekend. Isak and Eskild have a talk about homosexuality.

Isak has to take care of Even while he is in a period of depression and get help from Eskild and the other flatmates. Isak hosts a Christmas party for the revue group after Vilde asks him.