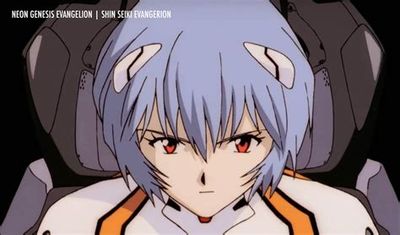 Asuka, haunted by childhood memories of her mother’s suicide and a notion that she “lost” to Shinji in the previous battle, begins to lose her precious self-confidence as a pilot. A new Angel appears in space and invades Asuka’s psyche through a strange beam of light, rendering her helpless.

As Kouzou is interrogated by SEELE, he reminisces about the history of NERV, its parent company GEHIRN, Yui and Gendou Ikari, and Ritsuko’s mother Naoko Akagi. At the same time, a horrible fate is in store for Kaji concerning his shadowy dealings.

Shinji visits his mother’s grave in the company of his father, and Misato reflects upon her bygone romance with Kaji. Soon afterward, Kaji and Misato discover a startling secret within NERV’s Terminal Dogma.

The activation of EVA-03 goes awry when an Angel takes control of the unit. With EVA-03 itself re-designated as an Angel, Shinji is faced with the moral dilemma of terminating the rogue Evangelion at the risk of harming or killing the pilot trapped within.

A new Angel invades, striking a critical blow against Shinji. Taking the enemy’s abilities into account, Misato crafts a special strategy involving Units 00 and 01 as well as an enormous positron rifle. Shinji also discovers Rei’s motive as a pilot.

A despondent Shinji encounters a kind-hearted boy named Kaworu, who quickly becomes his close friend. However, Kaworu (selected earlier as the replacement pilot for EVA-02) is soon revealed to be the final Angel. This turn of events leaves Shinji with a cruel dilemma: saving humanity will mean he must kill his only true friend in the world.

Shinji, furious at his father for the orders given in the previous battle, resigns from NERV. But as an Angel lays waste to the Geo-Front and the other Evangelions, he begins to reconsider his hasty decision.

When an Angel resembling a coil of light arrives, Rei and Shinji are sent to battle it, but the assimilating ability of the foe prompts Rei to self-destruct the EVA-00 in order to kill it and save Shinji. Mysteries abound as a clone of Rei later appears in the hospital, and Ritsuko reveals the terrible secret of the “dummy plug” system to Misato and Shinji.

His physical form absorbed by EVA-01, Shinji drifts through an introspective state, again contemplating his “mission” and role as a pilot. Meanwhile, Ritsuko and NERV desperately attempt to recover him.

A bizarre Angel possessing a spherical shadow in the air and a Dirac sea-type body on the ground absorbs Shinji and EVA-01. While NERV searches for a means of destroying the Angel–even if that means killing Shinji as well–Shinji languishes inside the entry plug, pondering his role as a pilot and his relationship with the people in his life.