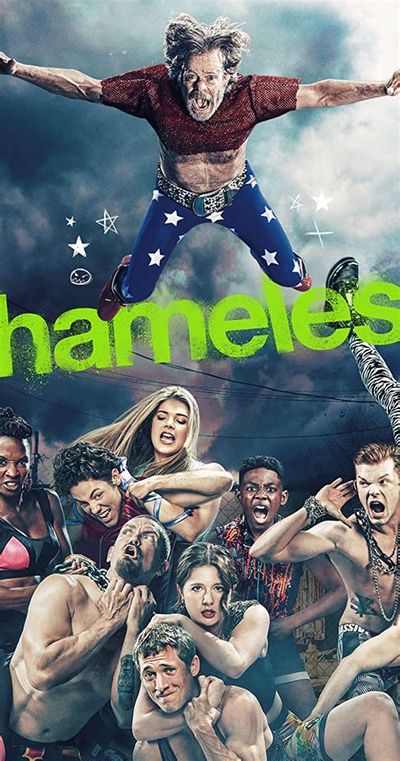 Frank plays tour guide for his terminally ill doctor, Bianca. Fiona preps Carl for his sentencing hearing. Plus, Lip sleeps with a professor, Ian realizes it’s time to get back on meds and Kev finds himself the campus ‘rapewalker.’

9. Survival of the Fittest

Lip is graduating from high school, so Fiona and the family prepare a surprise party for him. Frank wins a bet and uses the winnings to take Lip out for lobster and some quality father/son time.

8. Requiem for a Slut

The Gallaghers grapple with the loss of one of their own. As Lip takes steps to improve his future, Debbie, Carl and Liam get roped into Frank’s new scheme. Meanwhile, Kev and V get their revenge on Svetlana.

7. Liver, I Hardly Know Her

Fiona goes off the rails, violating multiple terms of her probation by partying with Robbie’s degenerate friends. When the family doesn’t hear from her, it sends them into search-party mode – not unlike their past experiences with Frank.

Fiona is confused when Gus announces he’s leaving to go on tour. Meanwhile, when Carl is asked by his boss to run drugs, Frank sees a way to get revenge on Sammi, and Debbie is tasked with minding Ian’s new bipolar meds.

As the Gallaghers decide what to do with a bedridden Frank, Fiona has to make a decision about her future. Carl and Debbie share their heartbreak together. Lip has to deal with a distressed Tami.

Frank grows concerned as Bianca’s behavior becomes increasingly more erratic and dangerous – but he’ll do just about anything to show her a great time.

Frank and Monica have an interesting proposal for the kids. Lip buckles under pressure from Debbie to get his sobriety under control. Meanwhile, Fiona sees a business opportunity as Kev and V attempt to start a new chapter.

Sheila fights for custody of the Native American kids and clashes with Sammi. Fiona gets sprung from jail and lands a job with the help of her parole officer. And Frank begins to feel like his old, troubled self.