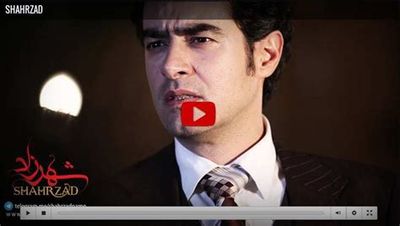 Shahrzad is a TV series starring Taraneh Alidoosti, Mostafa Zamani, and Shahab Hosseini. When a windstorm happens in life, love is the first victim. In Iran, Tehran, 1953.

The truth about Roya is revealed. Ghobad turns against Shirin’s business partner and threatens him.

In the aftermath of Hashem’s death, Shahrzad and Shirin unite against Ghobad. Angry Ghobad ends business relations with Behboudi. Aparviz happy by the evidence he has against Behboudi, looks forward to the birth of Akram’s child.

In 1953 in the middle of coup detat of 28th of Mordad Shahrzad tries to save her true love Farhad who works in a newspaper publishing office suddenly they have been attacked by people and Farhad took in a dangerous position.

On the wedding day, a big fight occurs in Bozorg Agha’s house

Over Heshmat’s death, Bozorgh Agha assigns his brother, Nosrat, as his new right-hand. In a family party, Shirin slaps Shahrzad in the face resulting in a humiliating struggle.

Bozorg Agha’s enemies plan to kill him in the hospital. Ghobad confronts Shahrzad about the letter.

Bozorg Agha is set up and shot by an unknown person. Ghobad gets skeptical about Shahrzad’s relationship with Farhad.