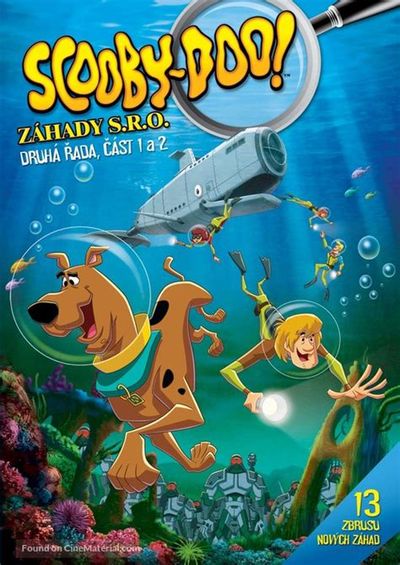 When the gang investigates the history of Crystal Cove, the mummy of a Franciscan Friar comes to life…to finish what it started.

9. The Man in the Mirror

Professor Pericles sends Fred into an apocalyptic future in order to learn the location of the Planispheric Disc. But something’s not right here…

The gang goes under hypnosis to learn more about the ancient Annunaki race, the Evil Entity buried below Crystal Cove and the way to defeat him.

The gang investigates the curse of Crystal Cove with the help of Professor H.P. Hatecraft. But when a high-tech creature called the Obliteratrix attacks the gang, it’s up to them to find out why and how is this related to the curse.

The gang returns from their trip, and find that the whole town has been enslaved by Professor Pericles, Mr. E, Brad, and Judy. So the gang has to save the town, by causing an uprising.

Using the four keys, the gang find the treasure chamber and the Evil Entity, who reveals a secret that could change their lives forever.

4. Wrath of the Krampus

The strange appearance of an evil goat man named Krampus has the Mystery Inc. gang in a race to find all the pieces of the Planispheric Disc.

The mystery finally comes to an end.

2. A Haunting in Crystal Cove

Mayor Jones is under attack by a poltergeist in his own home, and the only ones who can help him are Scooby and the gang. After hiring a Voodoo Priestess to help rid the Mayor’s home of evil spirits, the gang discovers that there is more to this haunting.

The Mystery Machine is damaged during an avalanche, so Mystery Inc. must stay the night in a haunted hotel.

The Worst Horror TV Programmes from 2020